New Kindles Arrive on The Block In L.A. at an Underwhelming Amazon Event 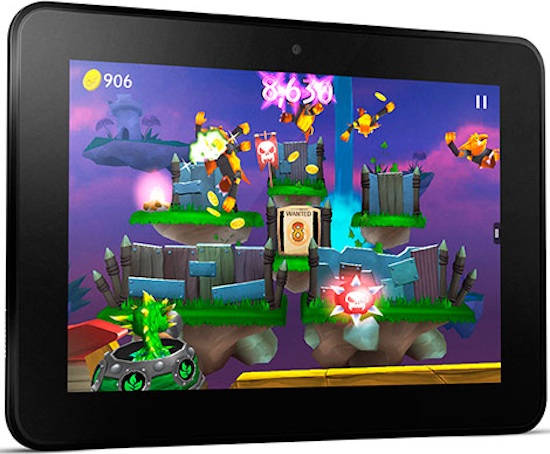 Amazon’s big press conference has wrapped and before you ask, nope, we did not get an Amazon phone. We did get several new Kindle options, including the Paperwhite, which could be the new weapon of choice for users interested in a pure, stripped down, e-reader. Keep reading for specs and impressions on what Amazon is bringing to the tablet party this time around.

The Paperwhite boasts a backlit touchscreen coming in at a quite sharp 212 ppi resolution. You can adjust the brightness of that light, or just leave it on all the time, really, as Amazon is claiming a pretty astonishing 8-week battery life even with the light on. It’ll set you back $119 — a few bucks cheaper than the Nook Glowlight, its closest competitor — or $179 for the 3G capable model.

The new Kindle Fire is about what you’d expect — a welcome and timely but ultimately incremental update to the first generation Fire — they’ve upgraded the screen, dropped in a faster processor and improved the battery life, while simultaneously offering a welcome price drop from  $199 to $159.

Next up is the brand-spanking new Kindle HD, sporting, you guessed it, an upgraded 254 ppi HD screen, a front-facing camera and 16 GB of onboard memory. You’ll be able to lay your hand on the 7″ model for a very reasonable $199, while $299 gets the larger 8.9″ variety. That larger screen will also arrive a little closer to the holiday shopping season, with a release date of November 20, as opposed to the 7-inch model, which ships with the Paperwhite and second generation Fire on September 14.

The big reveal, though, was the top-of-the-line Kindle HD, which Bezos pointed directly at the iPad in no uncertain terms. At $499, it’s the same beast as the 8.9″ Kindle HD, but with 32 GB of storage and an added twist — 4G LTE wireless connectivity for just $50 a year. Sounds too good to be true, right? Well, you kinda nailed it — that $50 annually gets users a speedy 4G LTE connection, but limits them to downloading just 250 megabytes per month.

Don’t get us wrong, the 4G connection is pretty sweet, but we’re kind of at a loss for what you would actually do with it. It means that casual web surfing when you don’t have a convenient Wi-Fi connection will be faster, but you can forget about streaming movies or music, which seems like a pretty big strike against a tablet that is a media machine first and foremost. At a $499 price tag, the limitation seems even more serious.

There were a couple of unsanswered questions, including whether we’re getting the feature I’d like the most out of my Fire: A way to navigate music — skip tracks, adjust volume, etc. — without leaving the book I’m reading to go back to the music player. It’s my biggest complaint about a device I otherwise like much more than I expected to, and it’ll be interesting to see if it’s addressed in this generation. We’ll also get to play the wait-and-see game on whether some of the new software features — like improved access to email, for example, and the potentially very cool touch of bringing the X-Ray feature to videos — will make their way back to first generation Fire owners through an update. We’re not exactly sanguine on that, but considering Bezos made the fact that the Fire doesn’t put people on an “upgrade treadmill,” it’s at least possible.

A final note occurs: It feels weird that we’re most excited about the most stripped-down and basic of the offerings. Maybe we went in with unreasonably high expectations, but even though is seems to be nothing but a very good new e-reader, the upgrades seem pretty incremental. There’s nothing to really turn the new Fire into an iPad competitor, and even stacked up against the Nexus, there’s not a lot to distinguish them, aside from access to the Amazon ecosystem. Then again, considering the strides that ecosystem is making of late, that might prove to be enough.