No One Wants a Kevin Spacey Comeback

No One Wants a Kevin Spacey Comeback 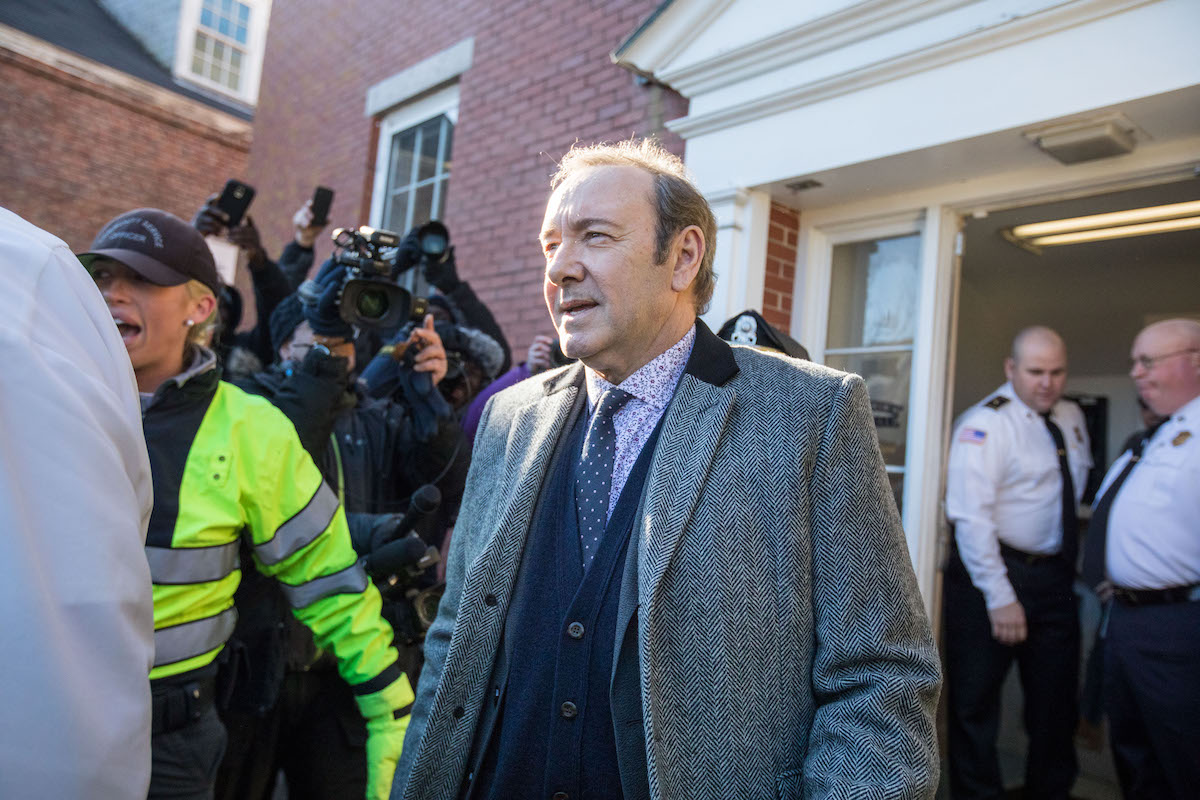 When the allegations of sexual assault were made public back in 2017, actor Kevin Spacey’s fall was swift. He was removed from Netflix’s House of Cards, he was replaced by Christopher Plummer in All the Money in the World, and since then, his only platform has been his semi-regular bizarre YouTube videos.

But as we know, every time we’re told that an alleged abuser’s career and life have been ruined by the people trying to hold them accountable for their own behavior, that’s rarely the case. In reality, these men are, at worst, in a social and professional time-out, just lying low before making a play for an inevitable comeback.

Spacey has now been cast in his first role since facing a mountain of allegations of sexual misconduct. He will appear in a low-budget independent Italian film directed by Franco Nero, called L’uomo Che Disegnò Dio, which translates to “the man who drew god.”

While Spacey’s role is only a cameo, the content of that cameo is pretty gross. According to The Guardian, Nero will star in the film as a blind man who can draw people by listening to their voices, and who has also been falsely accused of sexually abusing children. Spacey will play a detective investigating the accusations.

It was originally reported that legendary actress Vanessa Redgrave, who is married to Nero, was also set to cameo in the film if she is able to travel. She has since issued a statement saying she will not be involved in the project.

“Vanessa Redgrave’s name is being included in recent stories relating to the casting of the upcoming film The Man Who Drew God,” that statement reads, according to Deadline. “While there have been discussions about the possibility of her joining the cast, she will not appear in the film.”

As a reminder, Spacey has been accused of inappropriate behavior ranging from harassment to sexual assault by dozens of young men. Actor Anthony Rapp accused Spacey of making sexual advances toward him when he was just 14 years old. Spacey has faced multiple civil lawsuits, investigations, and even criminal charges on both U.S. coasts and in the UK, although for now, most (but not all) have since been dropped.

One civil suit was dropped by a man who had accused Spacey of assaulting him in a bar when he was 18. Another was dismissed when the alleged victim, a massage therapist who said Spacey assaulted him during a massage, died in 2019. Yet another was dropped when a judge refused to let the alleged victim proceed anonymously, despite the fact that he says he was 14 when Spacey allegedly assaulted him.

At least 20 young men accused Spacey of inappropriate behavior and abusing his position of artistic director at the Old Vic theatre in London. This is not even the complete list of accusations and Spacey’s alleged behavior toward very young men and teenage boys was one of those “open secrets” among film and theatre communities on multiple continents for decades.

So his choice of “comeback” role, and the fact that it was offered to him specifically, is no coincidence.

In a comment to ABC News, Nero said he is “very happy Kevin agreed to participate in my film.” adding “I consider him a great actor and I can’t wait to start the movie.”

That sounds like the old “separate the art from the artist” defense—an argument that is not uncommon, especially among a certain contingent of older actors and other prominent figures. But casting Spacey in this specific role, as a man investigating false child abuse charges, is not separating the art from the artist or the artist from their scandal, it’s commenting on them, loud and clear.

Hopefully, this role is a rare one for Spacey. The last time a studio decided to release a movie starring Spacey (Billionaire Boys Club, which was shot before the allegations were made public but released after), it brought in a whopping $425 its opening weekend,  so it’s pretty clear audiences aren’t exactly clamoring for a comeback just quite yet. (Or hopefully ever.)

This article has been updated with Vanessa Redgrave’s statement regarding her involvement with the film.