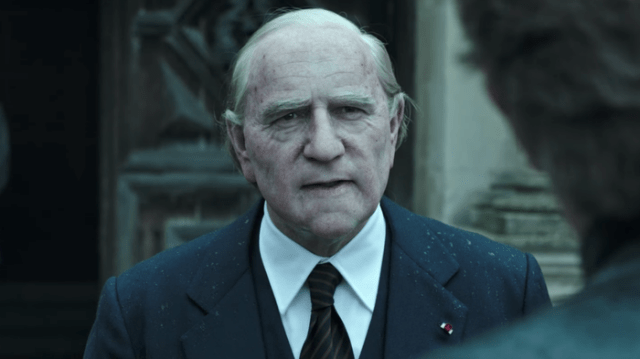 Ridley Scott and the producers of All the Money in the World have come up with a solution to rid themselves of the Kevin Spacey problem in their upcoming film, they are editing him out of it completely, with Sony’s full support.

As a result, they will be replacing Spacey with Academy Award Winner, Christopher Plummer and somehow keep the release date, is still scheduled for December 22.

The film is based on the real-life kidnapping of John Paul Getty III in 1973, and Spacey was to play Getty’s frugal, asshole billionaire grandfather with extensive prosthetic makeup for the role. This replacement is going to be a huge feat, but it seems as though Sony and TriStar Pictures, the Sony imprint putting out the film, see it as worth the trouble to prevent themselves from losing out totally financially.

“‘There are over 800 other actors, writers, artists, craftspeople and crew who worked tirelessly and ethically on this film, some for years, including one of cinema’s master directors,’ TriStar’s statement added. ‘It would be a gross injustice to punish all of them for the wrongdoings of one supporting actor in the film.’

“The team behind All the Money in the World now faces several massive challenges, not the least of which is an incredible time crunch for a film just six weeks from its target release date. Plummer’s new scenes must be filmed and then go through the post-production process and inserted into the completed film.”

While this a good step, it seems like it is purely done for financial reasons and not because they don’t want to support a sex offender. However, I’m sure Spacey was already paid for the film, so regardless of what happens with the re-shoots, unless Sony asks for its money back, he won’t be suffering financially.

Spacey is currently off getting “treatment” probably the same place Weinstein is, probably watching his career go up in flames all around him.