Disney Has Lost The Rights To John Carter, So Who Should Make The Sequel? 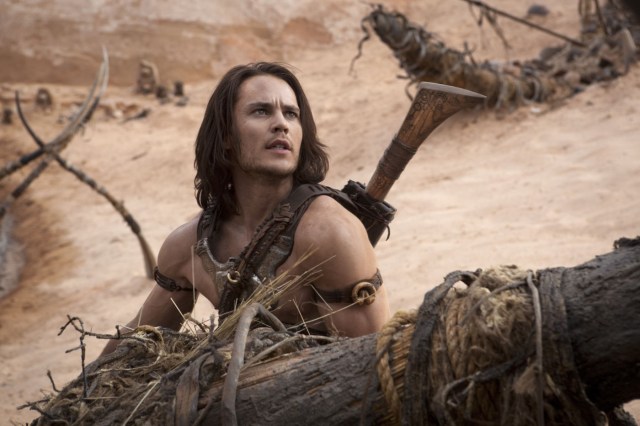 If you, like me, are one of the few people on this planet who did not unequivocally despise the John Carter movie, you might be excited to learn Disney has lost the rights to the franchise – meaning there’s still hope for a sequel!

Seeing as the original film earned Disney a $200 million dollar loss (their own fault due to terrible marketing, in my opinion [Editor’s note: It’s all us icky girls’ fault really.]), John Carter’s rights have lapsed back to the creator’s estate. James Sullos, President of Edgar Rice Burroughs, Inc., says they definitely want to get another film made:

So who should pick up the rights to John Carter to see this movie get made in the right way? While I’d love to see a legit sequel to the 2012 film, I think that’s highly unlikely at this point. Warner Bros. has a David Yates-directed film based on Burroughs’ Tarzan scheduled for a 2016 release, but that doesn’t necessarily mean they’d be quick to pick up on another Burroughs property (unless it does, like, really really well). As CinemaBlend points out, Universal might be the most likely option, having picked up several sequels after their original studios dropped them (including Hellboy, Kick-Ass, and Dumb and Dumber).

But given that the negative reception of the first film is so recent in people’s minds, I think the story (spread as it is over almost a dozen books) might actually be better suited to a TV network. If HBO can Game of Thrones, then they (or AMC, or Netflix) could certainly John Carter. It would give the world a lot more room for in-depth exploration, which I think the franchise would ultimately benefit from.

Who would you like to see make the next John Carter film?