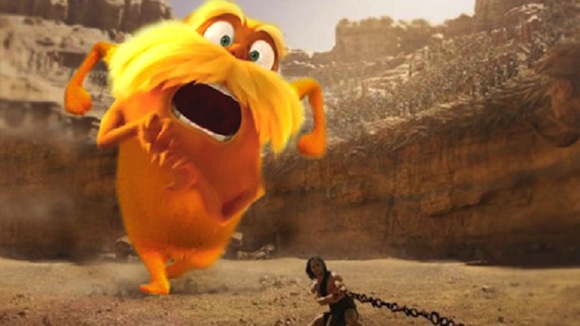 While I can’t deny that we’re staring down the barrel of a summer with not one but two movies based on the Snow White fairy tale, well, that’s not particularly unusual for the movie industry. I remember the summer that Antz and A Bug’s Life premiered together. What I didn’t know was that Disney was planning its own Snow White revival… a big budget live-action-adventure flick featuring an international cast about “a young woman in 19th century Hong Kong who escapes her wicked stepmother and takes refuge with seven men belonging to an ancient order dedicated to fighting demons and dragons.”

Or at least it was, until John Carter became the, reportedly, biggest flop in movie history, according to the Hollywood Reporter.

You remember John Carter, née John Carter of Mars, née A Princess of Mars? It cost $250 million, opened in March, and two weeks later Disney announced that it was probably going to lose them $200 million, due to production and marketing costs. Their studio head resigned even though the movie was greenlit before he started the job. Just a couple weeks ago, Disney announced that they’d be tightening the budget of their Studio Entertainment division by $161 million because they’d lost $84 million on John Carter at the very end of the last financial quarter.

This putative Snow White adaptation, which already had a director and Saoirse Ronan attached to star, appears to have been one of the casualties. From THR:

Sources at Disney say that all development work is being stopped. That’s an abrupt about-face, even though the project was not officially greenlighted and the studio had not set a release date. Seven was in preproduction and expected to go before the cameras this year.

Sources say that in the aftermath of the mega-budgeted John Carter failing at the box office in March, Disney has been scrutinizing budgets on its tentpole movies. The budget onSeven, while undisclosed, was high enough to give the studio pause. Having a first-time director involved contributed to the unease.

Also adding to the uncertainty is the lack of a studio head. Rich Ross, who was overseeing development of Seven, resigned as studio chief in April after Disney announced it would suffer a $200 million write-down on John Carter. Disney CEO Bob Iger has not named a replacement for Ross.

But look on the bright side: we won’t have to hear “female lead action movies don’t make money” as a reason for them to cancel it.