Wands away. There will be no need to talk. 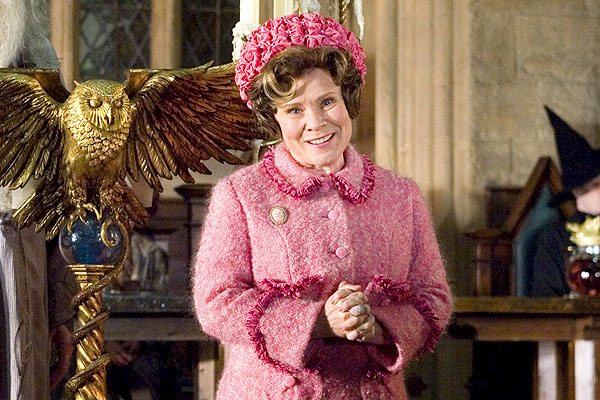 In her continued quest to pretend that she didn’t tell everyone she was done with the wizarding world after The Deathly Hallows came out, J.K. Rowling has announced that she’ll be gifting the Internet with yet another Harry Potter story at the end of next week. But that’s not all! It’s a backstory. Finally we’ll learn all there is to know about how the once reviled Defense against the Dark Arts teacher

“Umbridge is not only one of the most malicious Potter characters, she is the only person other than Lord Voldemort to leave a permanent physical scar on Harry,” A statement from Pottermore read. “The new exclusive J.K. Rowling content provides a rich, 1,700-word back story about Umbridge’s life filled with many new details, as well as Rowling’s revealing first-person thoughts and reflections about the character.”

I, for one, am immensely excited, because Umbridge gets a pretty bum rap in the Harry Potter fandom. Sure, she’s irredeemably nasty and oftentimes downright evil in every conceivable way; I won’t deny that. But that doesn’t stop people from stanning over Loki, and he wishes he could rock the hell out of a pink cardigan like Dolores can. Plus, the way she was punished for her behavior at the end of The Order of the Phoenix was… well, horrifically problematic‘s a good way to put it (trigger warning for discussions of rape in that link).

So I say: bring on the Umbridge, Ms. Rowling! As many sad details about her childhood as you can pack into the length of a story the length of a college essay, if you please. And extra points for how many times you mention her clearing her throat.