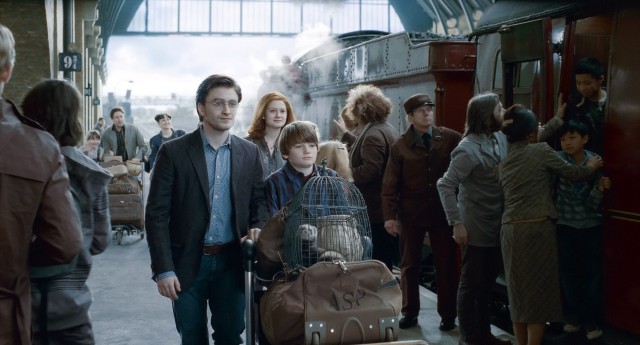 “All was well” is a pretty great way to end an epic magic adventure series and all, but damn it if those words are not enough to satisfy us. What’s “all?” What counts as “well?” If these questions have been weighing heavily on your mind since Harry Potter ended, then you’re in luck! JK Rowling has written a new short story to fill in some of the gaps.

You can check out the story using your Pottermore account, or you can go to Today to read the whole thing without having to remember that weirdo username that Pottermore demanded you pick out rather than make up your own (I think mine had somthing about quills?). Spoilers start after the Skeeter! 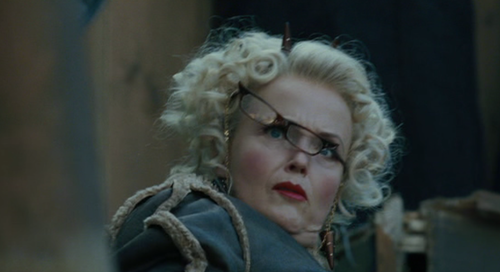 An accurate representation of my feelings.

The story takes place during—where else?—the Quidditch World Cup. It’s would appear to be sometime after the epilogue at the end of the series, we think, but Rowling (or Skeeter herself — god knows she’s not a very reliable narrator) as Harry is mentioned to be 34 in the story, and the epilogue takes place 19 years after he is 17 at the Battle of Hogwarts, which would make him 36. Anyway, timeline wonkiness aside, we get another couple of details about the lives of our favorite former members of Dumbledore’s Army. Not much appears to be new, however—Rowling has been giving us these little tidbits about what happens after the series in interviews for years—but it’s nice to see them getting put to good use in a canonical setting here.

Where the story really shines is with Skeeter’s insipid commentary, which wonderfully reflects the current real-life trend of British tabloid journalism (which, if you didn’t know, is the worst). She makes a few disparaging remarks about Ginny’s career with the Daily Prophet and some possible “cracks” in their marriage, calls Hermone a “femme fatale” who’s now trying to “have it all” because of course, suggests that Ron left his career as an auror due to horcrux-related mental illness, and wonders if Bill Weasley only managed to marry Fleur through possibly enchantment or blackmail. It’s a perfect way to introduce all these characters back into our lives, because anyone who was originally frustrated with the saccharine sweetness of the actual epilogue will now be bending over backwards to defend them against Skeeter’s grossness. I may have said the phrase “How dare you, you scarlet woman!” at my computer monitor out loud at least once.

Oh, and naturally Skeeter ends by plugging her new book, Dumbledore’s Army: The Dark Side of the Demob. With any luck Rowling will write the whole thing, despite her insistence that she’d never revisit the trio as adults. Make all the “beating a dead hipogriff” jokes you like, but you know we’d all read it.