She's charmed the heart right out of me! 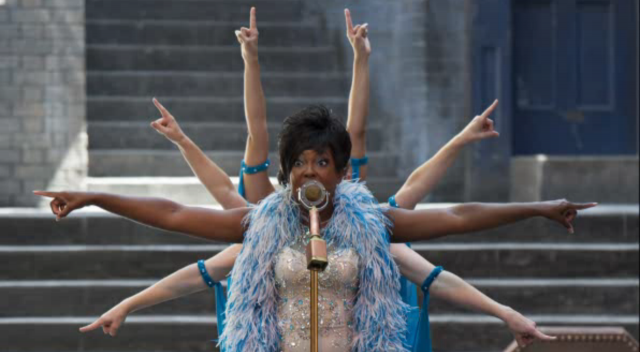 The truly obsessed Harry Potter fans know Celestina Warbeck: she was a singer first mentioned in Chamber of Secrets whose songs appeared here and there throughout the series, usually in the backgrounds of scenes. Apparently she’s author JR Rowling’s favorite character to never actually appear in the franchise, and in honor of her birthday today, Rowling has released a bunch of new information about the Singing Sorceress— including an audio track.

Rowling told Today in an exclusive:

Celestina Warbeck is one of my favourite ‘off-stage’ characters in the Harry Potter series, and has been part of the Potter world ever since its inception, making an early appearance in the short-lived ‘Daily Prophet’ series I produced for members of the equally short-lived fan club run by my British publisher, Bloomsbury. Although we never lay eyes on Celestina during the whole seven volumes of the Potter books, I always imagined her to resemble Shirley Bassey in both looks and style. I stole her first name from a friend with whom I worked, years ago, at Amnesty International’s Headquarters in London; ‘Celestina’ was simply begging to be scooped up and attached to a glamorous witch.

In addition to the lengthy bio excerpted by Today and posted in full to Pottermore, Rowling has also released a single for “You Stole My Cauldron But You Can’t Have My Heart” that you have to unlock on Pottermore through interacting with the website. The best part of the bio? When she outlines how Warbeck’s mother would frequently write to Hogwarts complaining of the school’s severe lack of “a choir, theatre club and dancing class to showcase her daughter’s talents.” Lady, Hogwarts students don’t even learn math. Of course they don’t have a drama department.

It’s unclear whether the singer on this new track is one of the several actresses who play Warbeck at the recently opened Wizarding World of Harry Potter Diagon Alley attraction in Orlando, Florida. But if, like me, you can’t remember your Pottermore username and password, you can watch the below video of her stage show to get an idea of what you’re missing out on:

This new update from the Potter author marks the second time in the past few months that she’s released new writing on the series, despite having “no immediate plans” to write a sequel series. The first was a World-Cup inspired Quidditch article from the POV of Rita Skeeter, which crashed the Pottermore website due to the amount of web traffic it received.