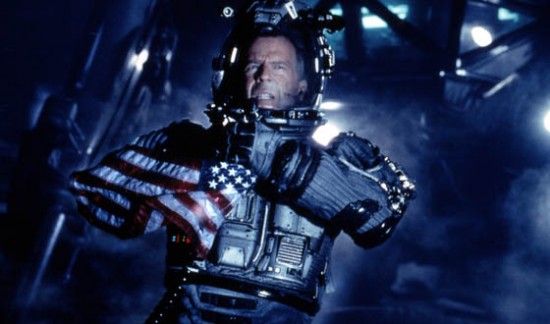 MIT’s Technology Review reports that this coming, April 24, a new space venture company will be announced at Charles Simonyi Space Gallery at The Museum of Flight in Seattle. The company, sporting the kind of scary name an evil, faceless corporation in a sci-fi film would have, Planetary Resources, has some pretty famous backing, including James Cameron, Ross Perot Jr., Google co-founders Larry Page and Eric Schmidt, and Charles Simonyi, known for overseeing the creation of Microsoft Office. With the somewhat foreshadowing company name and the prestige of its backers, MIT speculates that the new company could very well be an asteroid mining company, especially due to some wordage in its press release.

The segment from the press release that would lead one to speculate that this new company could be some kind of asteroid mining company, is as follows:

…the company will overlay two critical sectors – space exploration and natural resources – to add trillions of dollars to the global GDP. This innovative start-up will create a new industry and a new definition of ‘natural resources’.

It’s also worth nothing that the press release lists members of the company, which includes Peter Diamandis, who once gave a speech at TED that focused on finding natural resources, and happened to bring up asteroid mining.

Tickets to the announcement are being sold, so if you’re in the area and have nothing better to do on Tuesday morning, you could attend what could turn out to be a monumental announcement. Or if you’d rather move on to other Internet things, we’ll certainly be keeping our eyes opened regarding Planetary Resources for you.