Asteroid Will Pass By Earth Inside Moon's Orbit Today 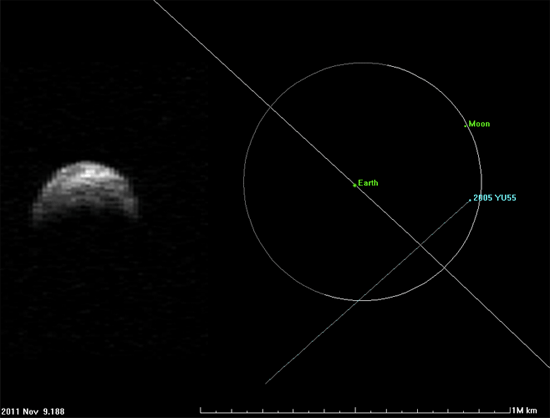 Our little blue dot will get something of a close shave today when the 400-meter-wide 2005 YU55 asteroid will pass us at a distance of no less than about 201,700 miles. For those of you playing along at home, this is about .85 the distance from the Earth to the Moon. According to NASA, this is the closest pass a comparably sized object has made to our planet in some 30 years and the closest 2005 YU55 has made in about 200 years.

And before you ask: No, there is no chance that it will hit us. In their discussion of the flyby, NASA says, “the trajectory of asteroid 2005 YU55 is well understood.” They say the rock, which is roughly spherical and about the size of an aircraft carrier, will skate right past us. Furthermore, the space agency says that we should expect to experience absolutely no gravitational effects as the asteroid goes by. Yesterday, though still 860,000 miles away, NASA was able to capture this image of the asteroid. 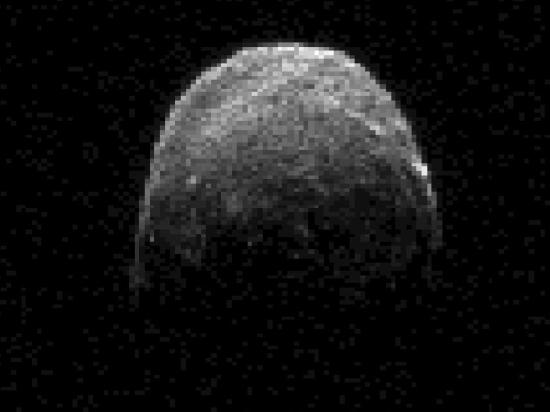 However, if you have a six-inch telescope and are in Europe or North America, you should be able to get a pretty good look at it today. In fact, NASA already began tracking the object earlier in the month and is expecting to glean a lot of information from this celestial wanderer as it passes by. For anyone wanting to keep up on 2005 YU55, you’d do well to follow NASA’s Jet Propulsion Laboratory’s @AsteroidWatch twitter feed.

Let us know if you manage to get a good look at this piece of cosmic detritus.