Does Your Phone Deserve To Sit Upon The Iron Throne? 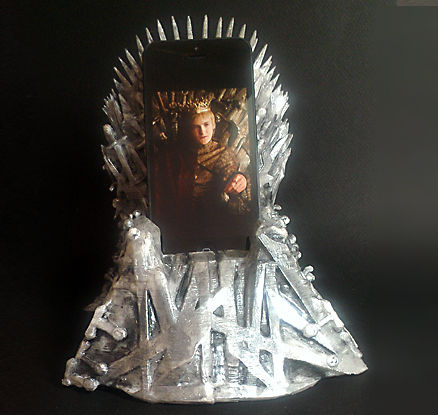 In the Game of Phones, your battery charges or dies. nuPROTO has created the iThrone, a dock perfect for HBO’s Game of Thrones fans. You can pre-order one for $69.99. It’s not made out of jagged metal so you don’t have to worry about scratching your phone. Your phone, however, should be prepared to be usurped by its next generation any day now…