UPDATED: Joe Hill’s Locke & Key Comic Might Be Getting A Three Picture Deal 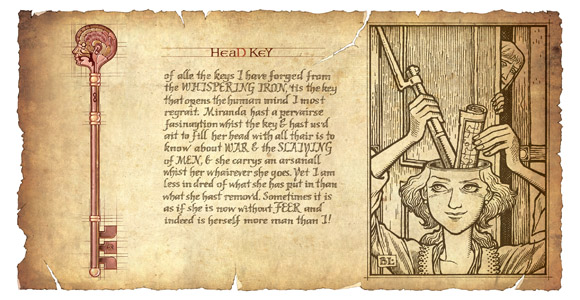 Joe Hill and Gabriel Rodriguez’s Locke & Key comic from IDW was once developed as a television series at Fox. Unfortunately the pilot wasn’t picked up but there’s good news on the horizon. The horror series may have a new home on the big screen thanks to Star Trek’s Alex Kurtzman and Roberto Orci.

The item comes from the same Latino Review piece that has Guillermo del Toro thinking about a film using DC Comics’ magic characters. Kurtzman and Orci were executive producers on the Mark Romanek-directed pilot and it seems they believed enough in the project not to let it go.

Latino Review says Universal is going to pick up the comic not just as a feature but as a trilogy. Kurtzman and Orci will write and produce.

The pilot was actually pretty great, and they did the source material proud, so I was sorry to hear it had been passed over (apparently in favor of American Horror Story). Locke & Key tells the story of the Locke family, who suffer personal tragedy only to uncover a secret hidden away for centuries. Their family home in Lovecraft has an ever-growing number of keys which allow the trio of Locke children to do all sorts of supernatural things including ward off an evil entity determined to kill them all. Not to mention a few real-life terrors. The series is, hands down, one of my favorite comics off all-time. Extra suspenseful, incredible art, and intriguing elements that keep me coming back for more.

Daniel Radcliffe is starring in the adaptation of one of Hill’s non-comic works, Horns. We got our first look at him in costume recently. Meanwhile, Kurtzman and Orci are also working on an adaptation of the Dragonology book for Universal and writing The Amazing Spider-Man sequel. Take a look at the trailer for the original pilot and go pick up the comic, you won’t be disappointed.

“@corpse_bride17: Oh PLEASE say that the rumor about you and Kurtzman making #LockeAndKey a film trilogy is true. PLEASE PLEASE!” true