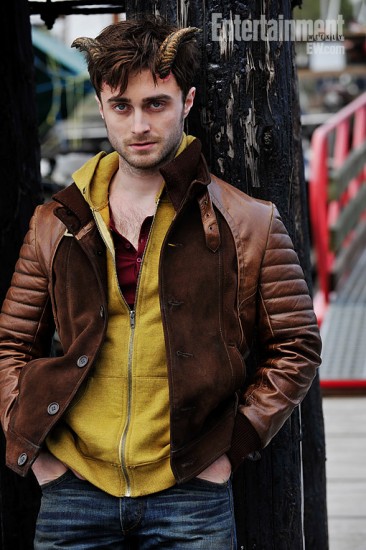 We’re just not. Here’s your first picture of Daniel Radcliffe in Horns, a horror flick in which he plays an already pretty evil young man who wakes up to find that he has mind control powers… and horns sprouting from his head. Looks like Radcliffe’s got his wish: I don’t see much Hellboy in these prosthetics.