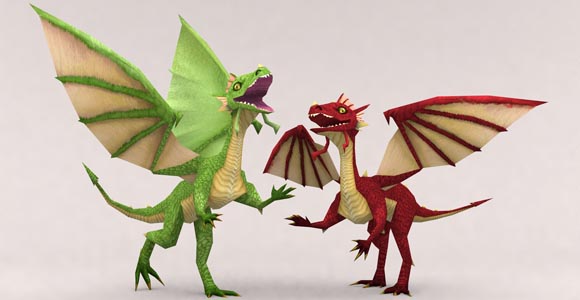 A movie about dragons and those who study them? Yes, please! Alex Kurtzman and Roberto Orci are set to adapt the children’s book, Dragonology for Universal.

Universal acquired the rights to the book back in 2008 and had screenwriter Leonard Hartman give it a go. Unfortunately nothing came of that pairing so the studio is trying again with Kurtzman and Orci, who you may be familiar with thanks to their work on J.J. Abrams’ Star Trek and Fringe.

/Film gives the rundown of what will happen next. “The pair will hire a new writer and keep an eye on the script. Kurtzman and Orci are extremely busy these days, recently finishing filming on one movie they wrote, Star Trek 2, another they produced, Ender’s Game, and they are currently writing The Amazing Spider-Man 2, and producing a Van Helsing reboot.” Hartman will be the executive producer.

Dragonology is actually a series of books that delves into the origins and anatomy of dragons as well as how you can summon them (vital knowledge), and other “facts.” The series has also been turned into a board game and video game.

“The author of the books is Dr. Ernest Drake, a fictional character who discovered the existence of dragons and devoted his life to their research,” writes /Film. “Each book is another volume in his history of the ancient species.”

I am so ready for this movie. How about you?