Sometime In The Future, Guillermo Del Toro May Start Work On An Avengers-Like Film With DC Comics Magic Characters (WHAT?!) 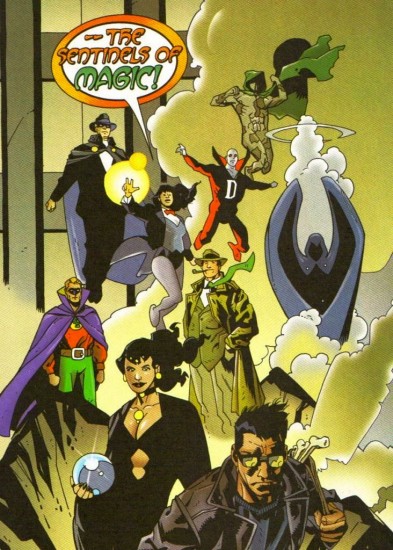 Plenty of people are excited (and worried) about Warner Bros. finally putting together a Justice League movie and that’s all well and good but what I’d like to know is, will we see any of the magic characters in the film? I couldn’t care less about that right now though, Guillermo del Toro is planning on making his own DC Comics film with ALL OF THE MAGIC CHARACTERS. I think I just died and went to The House of Mystery.

Now, we’re going to take this with a large grain of salt (or maybe incense) because there’s no official word, just talk from a source at Latino Review. Here’s what they had to say:

Speaking of Guillermo del Toro let’s just say he is working on a movie that has the potential to be the greatest movie ever committed to film. Or bytes. I hear that his next epic, PACIFIC RIM ( a Japanese Porno) is testing so well that Warner Brothers wants to offer him everything they have. Fortunately he passed on the feature version of V and the sequel to Charlie and the Chocolate Factory but he does want to do his own version of the Avengers, just supernaturally. Called HEAVEN SENT he is combining all the magical beings from DC Comics in one epic adventure. Deadman, The Spectre, Swamp Thing, Constantine Hellblazer, Phantom Stranger, Zatanna, Zatara, and Sargon as well as Etrigan the Demon will team up to no doubt save us from the Stay Puft Marshmallow man.

Barring their annoying aside about Pacific Rim, I can safely say I agree with them that this could be the greatest movie ever committed to film. Well, if it ever happens of course.

Latino Review say this one wouldn’t happen for a while but that “Warner’s lawyers have been working every night trying to clear the rights to all these characters.” Putting all that aside, del Toro doesn’t have the best track record for actually getting the awesome things he wants to do, actually done.

Let’s take a look at del Toro’s plate right now, shall we? He’s got Pacific Rim of course, a Frankenstein adaptation, The Strain book trilogy, a Beauty & the Beast project with Emma Watson, a possible Hulk TV series, maybe Hellboy 3,  perhaps the Mountains of Madness, and Pinocchio.

Yeah, so I’m gonna keep my fingers crossed on this one and say my prayers backwards at night from now on because this needs to happen.