Review: The Trailers Lied to You—Charlize Theron Is Not Actually the Star of The Huntsman: Winter’s War 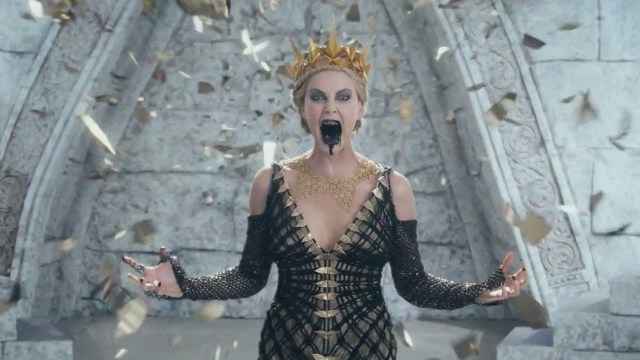 I know. Take a moment. Center yourself.

The long and the short of it is: The Huntsman: Winter’s War is both a prequel and a sequel to Snow White and the Huntsman that focuses on both Eric’s (Chris Hemsworth) origin story—he was reared as a child soldier by ice queen Freya (Emily Blunt)—and his very manly, mirror-related derring-do after the defeat of Freya’s sister Ravenna (Charlize Theron) at the hands of Snow White. Liam Neeson is on-hand to provide very, very copious voiceover so you know where we are in relation to SWATH at any given time. And, look, screenwriters Craig Mazin (of “Ted Cruz’s college roommate and “Slut-Hulk” fame) and Evan Spiliotopoulos: It’s not that I don’t enjoy a good Liam Neeson voiceover, but when you use it this much, you have some story problems that need working out.

In terms of pacing, Winter’s War lumbers and creaks its way to its third act, which—after a handful of early scenes—finally sees Freya and a resurrected Ravenna reunited to fight the good guys and, eventually, each other. This is what the movie should have been. It was excellent. But we had to endure a full Charlize Theron-less hour of Hemsworth running through the forest in order to get to that point. (This makes the fact that Theron used the Sony hack to negotiate a payday equal to Hemsworth’s hilarious. She has a fifth of his screen time. Maybe. You go, Charlize. We can all only aspire to such greatness.)

Look. Hemsworth is fine. He has a laid-back, surfer bro, Golden Retriever energy that I find really appealing, even if it’s a rare film that figures out how to properly harness that. (Prayer circle for Ghostbusters.) But Eric is not interesting.

ERIC. IS. NOT. INTERESTING.

And the thing that kills me is: Everyone involved in this movie knows Eric isn’t interesting. They have to. The trailers were wall-to-wall hey look we got Charlize Theron back and she’s wearing fancy dresses and screaming look LOOK. They know that’s their strong suit, and they know that’s what people want to see, and yet that’s not what they made! There are a lot of elements of The Huntsman: Winter’s War that really work, and they all—all—relate to the female characters.

Charlize Theron in full murder queen mode: Amazing. Emily Blunt as Evil Elsa: Magnificent. Jessica Chastain as Sara, a fellow former child soldier of Freya’s who boasts a chip on her shoulder about Eric as well as a wicked pair of knives: … Acceptable. Chastain’s acting’s a bit too restrained for this type of movie; she properly high drama’d it up in Crimson Peak (another victim of inaccurate marketing), but she doesn’t here. She does have an outrageously strong Scottish accent that is WOAH WHAT THE WHAT, though with the red hair it basically means she’s playing an AU Merida, so I can let that one slide. 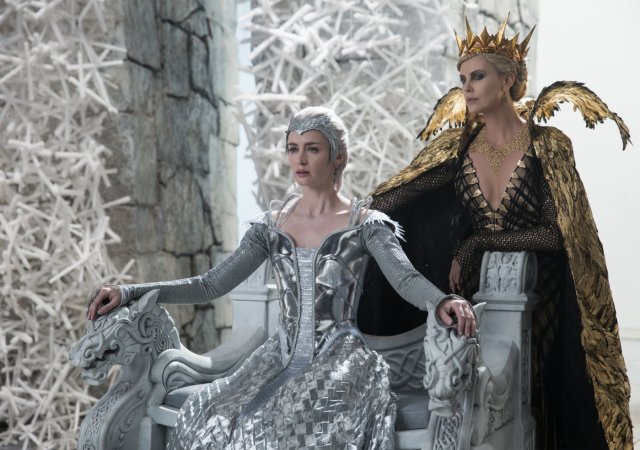 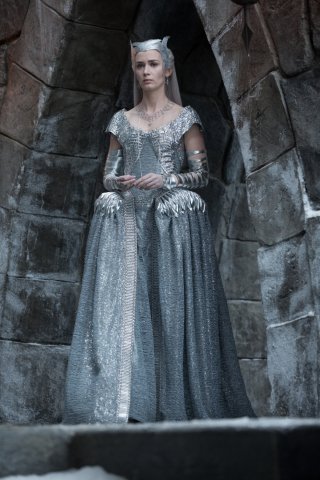 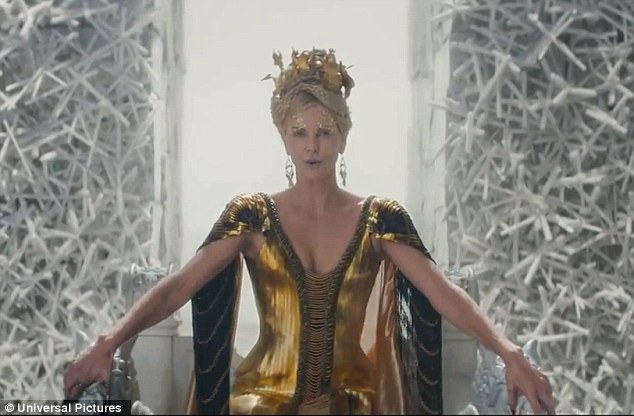 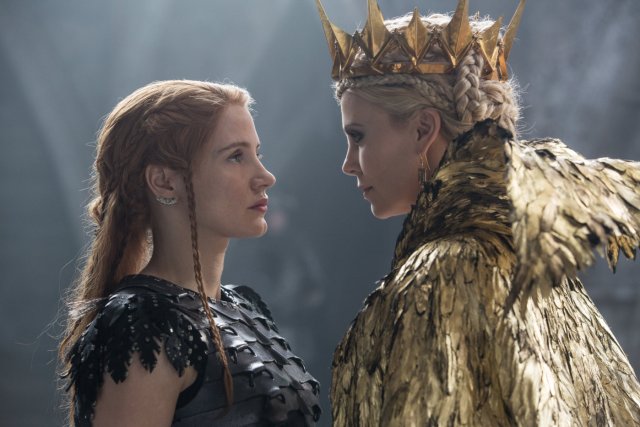 The way Freya spies on people by putting on an owl mask that connects her to her cadre of ice owl spies: Heck yes. Evil Ice Bubo is exactly the kind of whacktastictude that I wanted from this movie, and I am here for it.

Lady dwarves. Oh, did I not mention there are lady dwarves?

They are played by Sheridan Smith and Alexandra Roach, and they are wonderful. One has what is essentially Obi-Wan Kenobi’s haircut from The Phantom Menace, and yet it still works.

In the end, The Huntsman: Winter’s War having so many good bits made me me more frustrated than if it had been a wall-to-wall mediocre movie. Because there is potential, and it was squandered. Because the people in charge took all the wrong lessons from the success of Snow White and the Huntsman, which—if not a great movie—was exhibit 67/infinity of the fact that people want to see A) female-led movies and B) movies where Charlize Theron acts our faces off, repeatedly and with vigor. Instead, we get generic white male hero number eleventy five million. Netflix it. Fastforward through all the dude bits. Pour one out for what could have been.