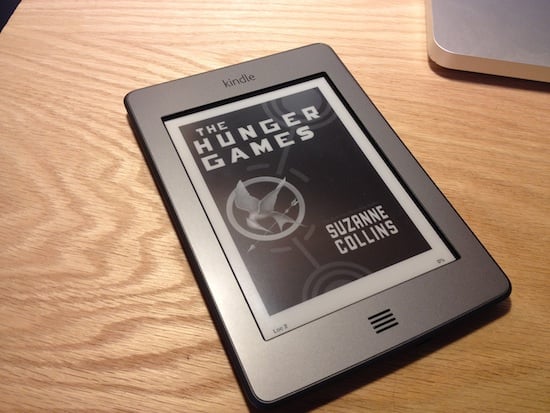 In the last few months, we’ve seen an incredible influx in the sale of tablets and eBook readers, and now a report from the Association of American Publishers says that those devices were put to good use with enormous increases in eBook sales across the board. Most of these sales were concentrated in the Children’s/Young Adult category, which saw a whopping 475.1% increase over last year.

The information in the AAP report, which this month presents data from 1,149 publishers, suggest that consumers might finally be warming up to the idea of reading digital books. From the report:

To be fair, the report shows a remarkably good month for publishers in all categories, with increases in nearly every category — though none so dramatic as in eBook sales. The report suggests that part of the reason for this unusually high numbers comes from the recent demise of the Borders booksellers chain. In an unusual, and antiquated, quirk of the publishing industry, booksellers can usually return unsold books to publishers for a refund. With Borders gone, there was likely a sharp drop in those returns and corresponding an increase in revenue.

That aside, the eBook boom is surely tied to the explosion of portable devices ideal for reading eBooks. In our story on the rumored successors to the Kindle Fire, we noted that during the runup to the holidays, Amazon was selling a million Fire tablets a week. It should be noted that at the same time as the Fire’s unveiling, Amazon dropped the price of all its Kindle eReaders, putting their base model at $79 — well within even modest means for a consumer electronics purchaser. Additionally, Apple’s family of popular touchscreen products — iPhone, iPad, iPod Touch — have numerous means to read eBooks.

In their coverage of the figures, Venture Beat points out that from December 2011 to January 2012, tablet and eReader ownership went from about 10% to nearly 30%.

The AAP report also showed that the only notable drop, outside of religious texts, was in the pulpy mass market paperbacks for adults, which lost 22.5% since last year. The next largest increase after eBooks was in hardcover books. Personally, I’ve felt that the model publishers would end up adopting would be akin to that used by vinyl record sellers, with well made hardcover books as boutique items. The fall-off in disposable paperbacks and rise in hardcover books would seem to give my theory some credence. Especially since eBooks appear poised to overtake trade paperback books as well.

The massive influx of YA novels as eBooks also seems fairly understandable. Around the holidays, the YA blockbuster The Hunger Games was about to be released as a feature film, which likely drove book sales on the newly purchased devices. Furthermore, YA novels are fun to read and easily consumed. In the same way casual games have taken off on portable devices, consumers are perhaps taking up lighter, entertaining reading on their Kindles instead of ponderous tomes. YA books are also, generally speaking, often popular amongst a larger age demographic than books marketed towards adults, which also might account for their high numbers.

Of course, there are any number of ways to slice these eBook numbers. What’s clear is that eBooks are growing, and making themselves a significant force in the publishing world. We’ve known for a long time that more and more people have portable screens in front of them. Now it’s pretty clear that they’re reading books on them as well. It’s looking like a brave new world out there.