Is Your Mac Running Too Smoothly? Type These 8 Characters to Crash Almost Any Program 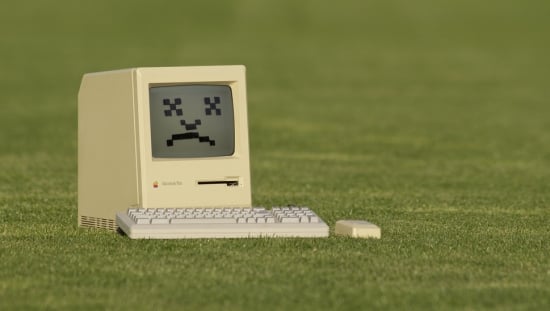 I’ve used Macs for most of my adult computing life. They’re normally very stable machines, but they’re not perfect, and a new flaw proves it. It turns out if you type “File:///” (no quotes) into most programs on a system running Mac OS X, that program will crash. I tested this bug out in a number of programs, and almost all of them quit immediately. This reportedly only works in the current Mountain Lion version of OS X, so maybe it’s a cool new feature? Will “File:///” replace Command-Q?

The tests I’ve run let “File:///” crash nearly any app I tried that had a search feature of some kind. Typing it into the search or address bar of any of my browsers crashed them immediately except for Safari, which I don’t use regularly and hasn’t been updated in quite some time. That browser froze halfway through typing the test characters. That might be why I stopped using Safari.

Typing the characters into a text field of a website didn’t seem to affect anything. I tried typing it in as my username and password to access my email account, and the browser window held up just fine. Typing it into the text field of WordPress did not have any adverse effects either. I also tried sending an email to “File:///” and the window still didn’t crash. I will update this article if I get a response from “File:///”

The bug is being blamed on the Data Detectors feature of OS X, which gives programs the ability to recognize dates, locations, and other data to help users easily integrate things like Calendar and Address Book. Data Detectors is triggered when “File:///” is typed, and tries to extract a file from a path that isn’t there. Then madness ensues, and the whole application crashes. That’s a bit of an overreaction considering the flaw is in something as small as Data Detectors.

Apple is probably flooded with error reports about this, so it will likely get patched at some point in the future, but considering how rarely most people would ever need to type “File:///” it’s probably not a huge priority. In the meantime, disabling “Correct spelling automatically” and “Use symbol and text substitutions” in the Language & Text section of System Preferences should prevent the bug from crashing programs, and you can go back to typing “File:///” with impunity.

(via The Next Web, image via dualdflipflop)