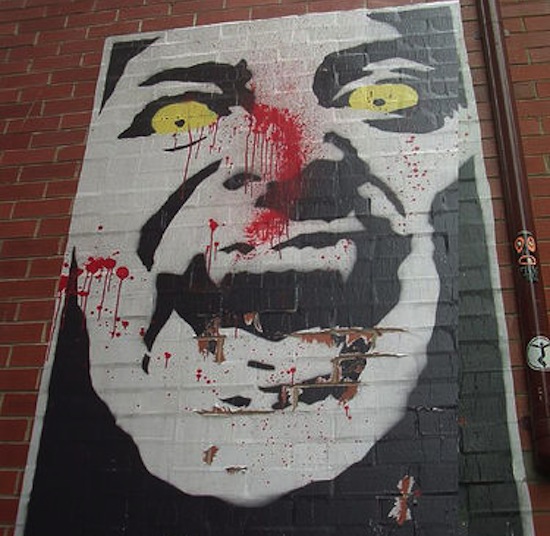 Thinking about going to that new Cubism retrospective at the art museum later? Make sure you save enough time to watch Alien before you go. A new study suggests that people find more enjoyment from abstract concepts after being frightened. Better yet, the study specifically indicates that watching scary movies before looking at abstract art will make us enjoy it more.

According to a report from Scientific American, researchers asked a group of 85 people to watch one of four different activities: Some were asked to do a couple sets of jumping jacks, some just sat around, and others were asked to watch one of two short films; one that was meant to make people happy and one that was supposed to scare them. After their activities, the subjects were shown pieces of abstract art by Russian artist El Lissitzky, and asked to describe how each piece made them feel. The study revealed that the people who watched horror films before viewing the art were more likely to have a “sublime and positive” experience from viewing the art then any other group.

Of course, there are just about a thousand holes you can poke in the test to refute the findings: How do you know the people who watched the scary movies were actually afraid? Were they already fans of this particular artist, or of abstract art in general? How do you know that jumping jacks don’t make people like art less than other people? Given the size of the study there are just too many variables to say anything for sure. Then again, it’s not exactly a stretch: Doesn’t everything look better after you’ve been genuinely terrified?