Invasive Snakes Turning Guam Into Nightmarish Island of the Spiders 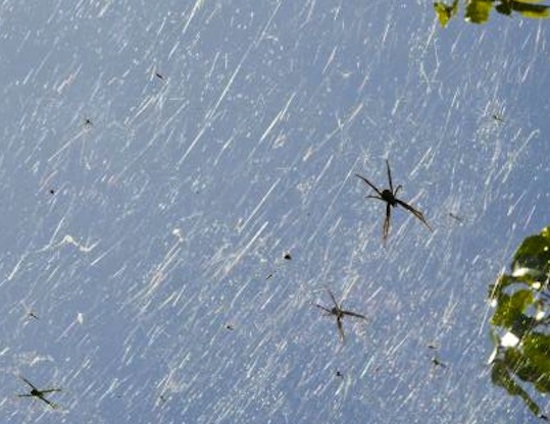 Invasive species can be bad times pretty much anywhere, but nowhere do they cause so much trouble as an island. In the closed environment of an island, just a couple of out of place animals can utterly transform an entire ecosystem. Invasive brown tree snakes in Guam have devastated populations of native birds that once dined on the island’s spiders. With those birds on the ropes, Guam’s spiders have taken the run of the place. The result is an arachnid population boom so serious that gaps in the island’s tree canopy are now regularly filled with enormous spiderwebs. For every one spider on neighboring islands not afflicted by tree snakes, Guam now hosts up to 40 of the creepy crawlers, turning Guam from a tropical island paradise to a snake and spider dominated horror show right out of every Dungeon Master’s dreams.

“You can’t walk through the jungles on Guam without a stick in your hand to knock down the spiderwebs,” said Haldre Rogers, lead author on the study that appeared this week in PLoS ONE. Which means that I won’t be walking through jungles anywhere near Guam without a hazardous materials suit, a flamethrower, and a team of machete-wielding soldiers at my command.

Guam’s now nearly obliterated bird population didn’t just eat spiders, it also kept the arachnids in check by competing with them for a shared food base of insects, as well as nest space in treetops. Once the brown tree snake took to those treetops almost 60 years ago, though, the balance between spiders and birds started to grow badly out of whack. Without any predators, the snakes treated the island like an all-you-can-eat buffet. Of the 12 species of birds once native to Guam, 10 are now extinct on the island, leaving snakes and spiders to run the joint, slithering, crafting webs, and biting things with enormous, poisoned teeth. Which is not exactly a turn-on for most tourists.

But wait, there’s much worse news! Since Guam is a popular shipping stopover, snakes have stowed away on boats and been sighted on many other islands in the area, to the extent that the U.S. Geological Survey believes a small population of the snakes has already established itself on neighboring Saipan. So one day, the whole of the Mariana Islands could just be a floating blanket of webs that is filled with poisonous snakes. I’m already cringing.