Get Out of My Head: Commercial Technology Capable of Plucking Secrets From Your Brain 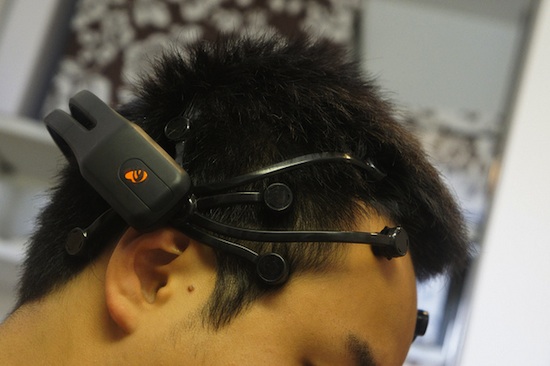 Ready for your life to be more like a dystopian sci-fi novel in all the worst ways? Well, science doesn’t care if you’re ready. Brainwave scanning consumer electronics designed for gaming can be hacked to read other brainwaves, potentially revealing your secrets by pulling them directly from your brain. Researchers have already modified the brain-computer interface (BCI) devices — like the EPOC, pictured above — to poke around in brainwaves that signify recognition, letting them know when you recognize a face, number, or address, even if you’re telling them you don’t.

BCI interfaces have been trickling onto the consumer market for the last couple of years. The devices are basically miniaturized EEG machines that can read a users brainwaves and translate those waves into instructions to devices like electronic wheelchairs or hands-free gaming systems. Researchers have shown how easily this technology could be hijacked in the future, though, with results ranging from the merely creepy to the mind-numbingly awful.

The team, composed of researchers from the University of Oxford, University of Geneva, and University of California Berkeley tweaked the system, then set about showing their subjects pictures of numbers, landmarks, and faces. They then looked for spikes in brainwave activity that could indicate familiarity with a person, place, or thing — even if the subject is claiming to be unfamiliar with it. While the success rate for indicating complex things like PIN numbers was below 40%, that’s actually scarily high for a first attempt, proof-of-principle experiment like this. More worryingly, that number is only going to go up as marketing researchers, professional interrogators, and mad scientists continue to refine the technique.

Though home iterations of EEG technology are still in their early stages, BCI devices can be ordered online right now by anyone with a couple of hundred dollars to spare. To turn one into a mind-reading truthoscope, though, you’ll need more than a little neuroscience know-how. If you happen to have one of these and be a savvy neuroscientist, though, please — don’t hurt us. We’ll tell you whatever you want to know.

The team that put together this research presented their findings earlier this month at the USENIX Security Symposium, we can only hope to the shocked horror of everyone in the room. Totalitarian despots, budding supervillains, and anyone else who might be interested in the work can can take a look at their presentation and download the resulting paper here.