Blackout Leaves Up to 700 Million Indian Citizens Without Power 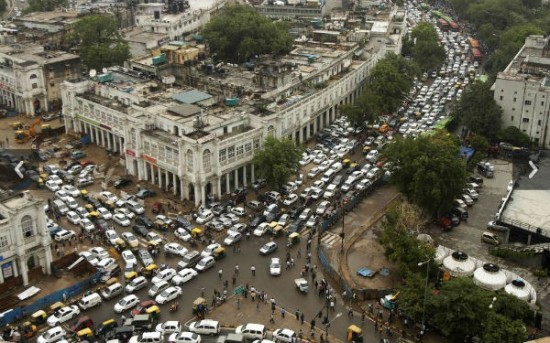 As of writing, 20 of India’s 28 states have seen widespread power outages in the past two days, leaving as many as 700 million people without electricity. Even the nation’s capital of New Delhi was affected. Indian officials have yet to determine a cause for the blackout, but assure the nation that engineers are working around the clock to rectify the problem.

This massive outage was the second to hit India in two days. Yesterday, the largest Indian blackout since 2001 left over 300 million people without power due to a grid failure. The blackout grew to affect roughly 700 million people today, making it the largest in modern history in terms of people affected.

Horror stories are being reported from across Northern India, where the blackout is focused, about traffic lights suddenly failing and fans and airconditioning units shutting off in 89% humidity. In West Bengal, hundreds of miners were trapped underground when their electric lifts failed. Operations across the country were cancelled and the backup generators at a number of hospitals have failed due to prolonged use. Harry Dhaul, director of an organization working to reform the Indian power grid was quoted by The Guardian as saying this:

There will obviously be some agitation in urban areas, which have become very reliant on electricity … There could be riots; there could be protests.

This truly is a grim situation for the Indian people. One hopes to hear news about restored power in India sooner rather than later. 89% humidity would be bad enough with power let alone without it.

(via The Guardian, title photo via Mashable)