Helen Mirren Would Like to Play the Doctor, and We Would Be Extremely Okay With That 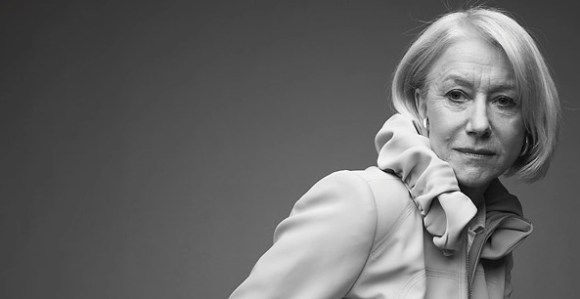 You guys, Helen Mirren just said in an interview that she would like to play the Doctor on Doctor Who. And then I exploded. Wow. Helen Mirren. Doctor Who. With a creamy “wants to play” center.

Oh, did you want context? Please, click through for the exact quote and some context to go with it.

“I would like to play the new female Doctor Who. I don’t want to just be his sidekick.”

The odds of this happening? Probably remote. Maybe. Perhaps there is something about how British film and television careers work that is a little different than here, across the pond, where being an award-winning film actor and turning to a regular television series might be considered a “downgrade.” (Depending, of course, on the series and the network.) Doctor Who, however, is not your average show. The role of the Doctor is an iconic one, though it is generally a star-maker; few truly famous actors go on to play the Doctor. So that means Helen Mirren might be doing this for the pure fun of it. That might not be such a bad thing, and maybe she’d work out a short tenure as the Doctor.

And maybe, she’d be the perfect way to get people used to a female Doctor.

If anyone has proved herself to be a performer capable of displaying true emotion, outrage, comedic timing, adventure, and even a few stunts, it’s Helen Mirren. But also, she is familiar. There are certainly people who feel that the Doctor has to be played by a male, even though the Doctor is a Time Lord who can take on the appearance of pretty much anything upon regeneration and may not have a set-in-stone gender. (We’ve heard that from both the 9th Doctor and the 11th Doctor.) So, maybe Mirren would be a good way to ease those more trepidatious Whovians into the idea of a female Doctor.

But then again, Mirren was probably just saying it because she likes Doctor Who and would get such a silly kick out of the idea. But then again, could a statement by someone of Mirren’s caliber set the gears in motion to consider a female Doctor?