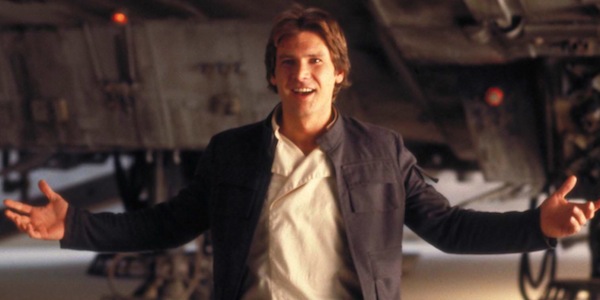 When we found out a Han Solo movie was happening as part of the Star Wars anthology series, the question on everyone’s mind was, “Who could possibly play young Han Solo?” Measuring up to Harrison Ford’s iconic role will be no easy task for Alden Ehrenreich, but now we’ve got a new bit of casting mystery: Who’s playing the female lead, and what character is she playing?

Variety reports that we’ve got a shortlist for the first part of that question, at least. They say that Tessa Thompson (Creed, Selma), Zoë Kravitz (Divergent, Fantastic Beasts and Where to Find Them), and Naomi Scott (The Martian) all tested for the role this week, although that doesn’t necessarily mean they’re the only ones in the running. The production is also reportedly still looking for someone to take up the role of the young Lando Calrissian. (Please Donald Glover. Please Donald Glover.)

Who were Thompson, Kravitz, and Scott testing to play, though? No one’s really sure right now, but a theory we’re on board with is that the movie will introduce Sana Solo, Han Solo’s one-time wife from the current Star Wars comics. Their marriage was just part of a ploy, but since Star Wars comics are now all in the same canon as the movies, the character’s inclusion would only make sense.

Variety also mentions that this was the second round of testing, and that a final decision for this role and Lando is expected within the next few weeks. The untitled anthology movie’s release is currently scheduled for May 25, 2018.