He just made a surprise appearance at Star Wars Celebration. 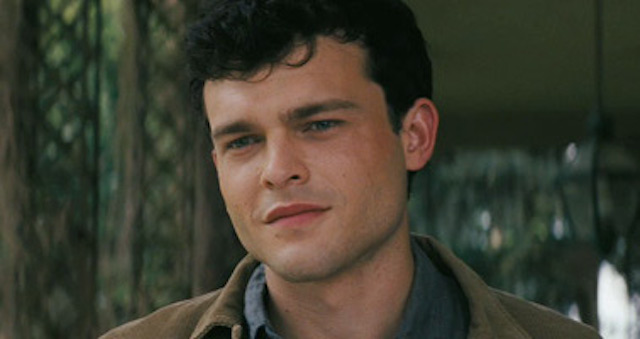 Back in May, Alden Ehrenreich was in final talks to accept the role of young Han Solo–and like all the other news coming out of Star Wars Celebration, this makes it official.

Ehrenreich took the stage along with the directors of the Han Solo film, Chris Miller and Phil Lord, as well as The Force Awakens‘ John Boyega who showed up to give him some Star Wars advice (and seemed to be blown away by Ehrenreich’s resemblance to the character, telling the audience: “He’s smiling just like him!”). You can watch a clip of Ehrenreich’s entrance on the Future Filmmaker discussion panel below:

Watch: Alden Ehrenreich take the stage for the first time after being announced as the new #HanSolo #SWCE pic.twitter.com/92HzG8eVj8

According to Lord, 3000 people were seen for the role of Han Solo–and Ehrenreich, who wound up getting the part, was literally the first person who auditioned. Part of his screen test involved getting to sit in the Millennium Falcon alongside Chewbacca. (“I’d never acted with a Wookiee!” Ehrenreich admitted.)

Filming is scheduled to start in late January or early February 2017.