This man needs a clone. 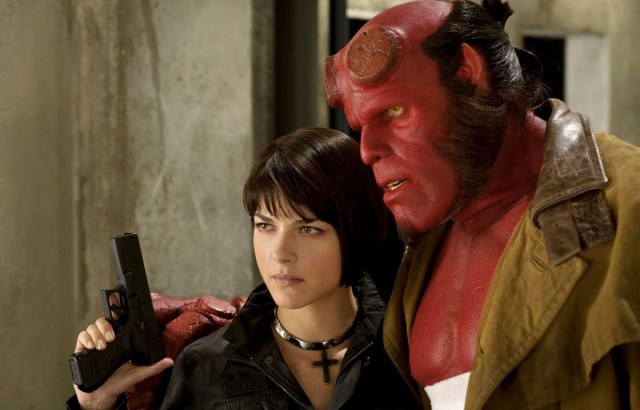 Yes, 2500 is a number I plucked out of my head, but I’m not joking when I say del Toro has his hands full. Here’s just a brief rundown of what he’s working on currently:

The latest updates on two other projects come courtesy of a Reddit AMA. First up, Hellboy 3. Last we heard, Ron Perlman said they were still trying to do it, but creator Mike Mignola more recently specifically said there was no Hellboy 3. According to the AMA, it seems del Toro is sticking with that but did tell fans details of what it might have been:

Well, you know, we don’t have that movie on the horizon, but the idea for it was to have Hellboy finally come to terms with the fact that his destiny, his inevitable destiny, is to become the beast of the Apocalypse, and having him and Liz face the sort of, that part of his nature, and he has to do it, in order to be able to ironically vanquish the foe that he has to face in the 3rd film. He has to become the best of the Apocalypse to be able to defend humanity, but at the same time he becomes a much darker being. It’s a very interesting ending to the series, but I don’t think it will happen.

I will still hold out some hope, but I won’t hold my breath.

As for del Toro’s Haunted Mansion project, the film based on the classic Disney parks ride, the latest is… not much progress.

2 weeks ago, I went back to Disneyland with the executives with whom I am developing the screenplay. It’s a hard screenplay to crack. We’ve done it a few times. We are on our third or fourth draft, with 2 different writing teams, and I think the main thing is to try to combine everything that is great about the ride into the movie and to make it a really intense but with a sense of fun – just like the ride. It’s a tough balance and I would be happy to report [that] we had the screenplay. We always feel like we are very close, but not yet. We have developed 50-60 pieces of art. We’ve developed maquettes of the Hat Box Ghost over the body and face of Doug Jones, but we have not succeeded yet in cracking the screenplay. I have to believe that Disney will make this movie as soon as we crack the screenplay, but until then we cannot tackle it. It is a movie I would love to direct, but I would be happy to just produce it if the timing is not right. I, by the way, was named Guest for the Day for the Haunted Mansion the last time I did, which gave me unlimited access to ride the mansion several times during the day. Unfortunately it was just the moment my left knee decided to bust and I had to go back home with a busted knee.

I have to admit, out of the growing list of projects del Toro is working on, Haunted Mansion is at the very top for me. I think his particular style would fit so well with the ride’s sensibilities.

(via Movies.com and Collider)