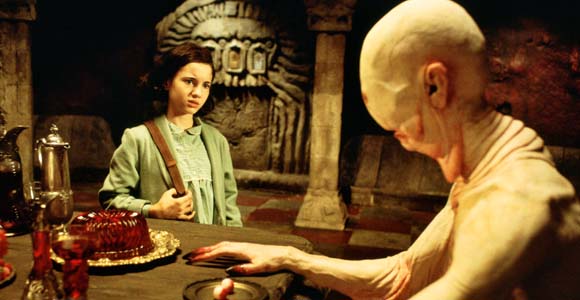 Considering the ever-wonderful Guillermo del Toro has a tendency of talking up several different projects at once, when we first heard he was working on a musical version of Pan’s Labyrinth, we were skeptical. But thanks to the Grammy Awards, we have news on that front!

We last heard about this in December of 2012 when we found out del Toro already wrote a book version, of what will be a stage show, with Jeremy Ungar. Paul Williams, the voice of the Penguin in Batman: The Animated Series. and star/composer of Phantom of the Paradise, was writing lyrics with composer Gustavo Santaolall taking care of the tunes. “I admire and love Gustavo and Paul wrote the perfect album in Phantom Of The Paradise, which I have loved for decades,” said del Toro.

At the Grammy’s this past weekend, Williams spoke with reporters after taking home an award for his work on Daft Punk’s Random Access Memories. He said:

He’s basically echoing what we already knew but it’s good to hear it’s still an ongoing process. Also, it’s always great to hear about del Toro being a fanboy.