Finding faces where there are no faces just got a whole lot easier thanks to an automated search tool. 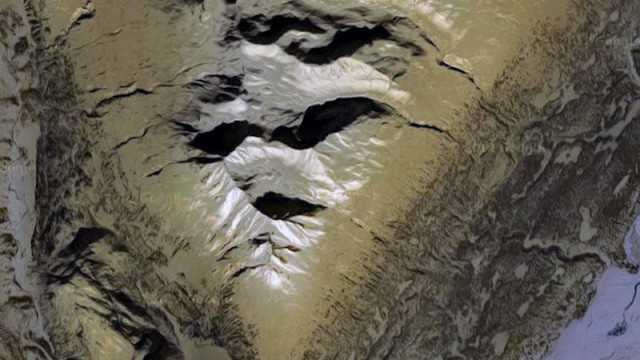 In what will probably go down as the least creepy way anyone ever combined Google Maps and face recognition, the hard-working dweebs at German design studio onformative have created Google Faces, a tool that automatically searches for face-like features in landscape images culled from Google Maps.

The resulting tool adds a face recognition algorithm to Google Maps’ already impressive ability to scan the globe to seek out faces in the mountains, forests, and cities of the planet. Or things that look like faces, anyway.

The tool was built to explore the phenomenon of pareidolia, or seeing human facial features in inanimate objects — a phenomenon we’ve explored here at Geekosystem as well. Granted, onformative’s way of approaching the idea is much more impressive, automating the search for face-like structures and geological features. For a look at how the software does its thing, take a look at the video below. And to learn more about the technical details of the project, you can check out onformative’s own exhaustive explanation on their site.