How to Make an Awesome Google Street View Video 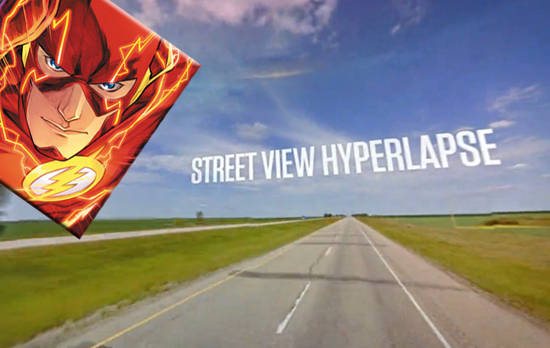 To me, the Street View function of Google Maps is generally more entertaining than necessarily helpful, but it’s a good tool for scoping out a place you intend to visit. But the creative people of Teehan+Lax have found a new way to use the tool: Google Street View Hyperlapse, a Chrome-based gadget that lets you make an awesome video sequence out of Street View images. Basically, it allows you to pretend to be the Flash anywhere the Google Street View car has been, thereby fulfilling at least several childhood dreams here in the Geekosystem office.

The concept is simple. In Street View, you can look every which way, and the Hyperlapse tool lets you collect the panoramic data from this public technology to create some awesome videos of your own. You’re going to need Chrome to do it, and a decent Internet connection.

Hyper-lapse photography — a technique combining time-lapse and sweeping camera movements typically focused on a point-of-interest — has been a growing trend on video sites. It’s not hard to find stunning examples on Vimeo. Creating them requires precision and many hours stitching together photos taken from carefully mapped locations. We aimed at making the process simpler by using Google Street View as an aid, but quickly discovered that it could be used as the source material. It worked so well, we decided to design a very usable UI around our engine and release Google Street View Hyperlapse.

Here’s their teaser of what you can do with the tool:

(via ThisIsColossal, images courtesy of Vimeo and DC Comics)