Woo Your Nerdy Valentine By Comparing Yourself To Gollum, Because That’ll Work

You know what the saddest part is? This would totally work on me. 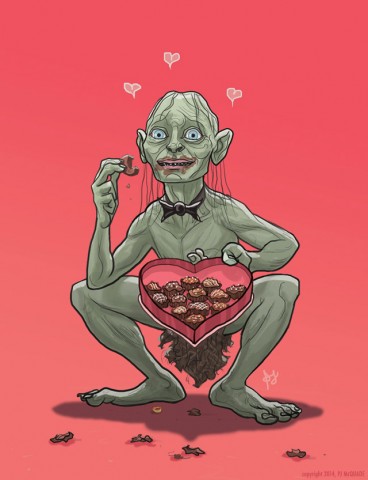 This card (the inside reads “You’re precious to me,” by the way, which is… well, precious) is part of PJ McQuade‘s ongoing series of nerd-themed holiday cards; you might remember his Star Wars-themed Christmas and Valentine’s Day cards from previous years, which featured Cupid!Yoda, Smoothest Man in the Galaxy Lando Calrissian, and festive greetings from Mos Eisley Cantina.

This season he has a few more designs to delight you — In addition to the above, there’s also a True Romance themed card, and the below Darth Vader with a rose, which has me very excited at the idea of a Star Wars/Beauty and the Beast crossover and excuse me I have to go write some fanfiction now. 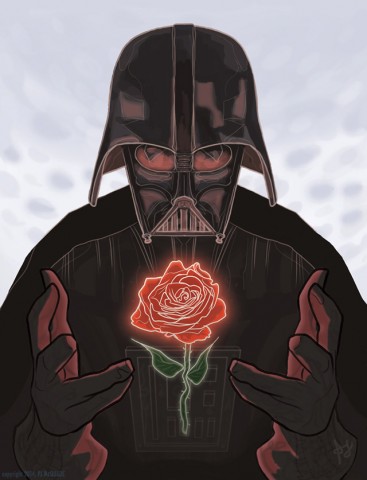 All the cards are available at McQuade’s Etsy shop. If you hurry now, you can probably get them shipped just in time to give them away to someone special. Just don’t say “I know” if they say “I love you” unless they’re a Star Wars fan, because that does not go over well with the general population at large, lemme tell you.