He was responsible for the Death Star. Two of them bitches. 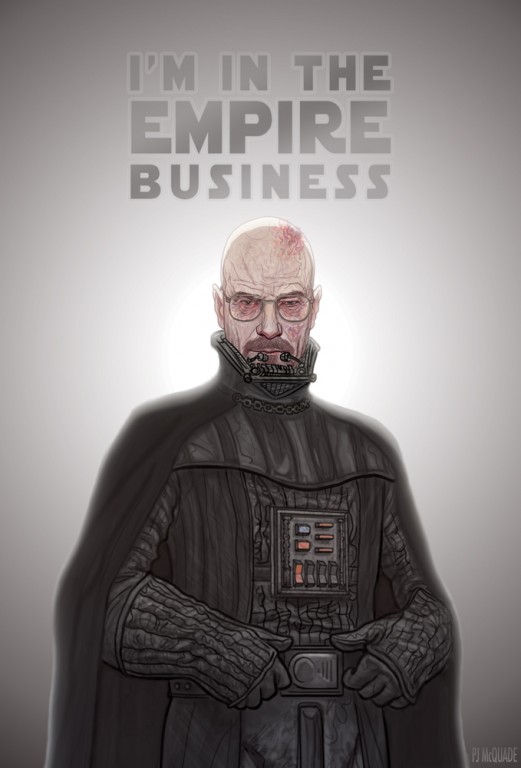 Sure, as Heisenberg, Walter White strikes fear into the hearts of drug dealers everywhere. But take away the black headgear and he’s really just a sad old white dude with a bald head and a lung problem. Wait a second… does that sound familiar to you? Because I’m getting Return of the Jedi flashbacks right now.

It certainly sounded familiar to illustrator PJ McQuade, who calls the above work “Darth Heisenberg.” That’s got a real nice ring to it, actually. And he’s not wrong — White is definitely in the empire business for sure. Though I’m kind of hoping that Walt doesn’t get a redemptive moment at the end of his story like Darth Vader did. Die in a million fires, Mr. White.

“Darth Heisenberg” prints are available on PJ McQuade’s Etsy page. Watch out, because you’re going to get pretty lost in the selection there. Dear God, the Lando Calrissian bumper stickers! They will be mine,