Is this podcast really a lizard person Illuminati conspiracy? 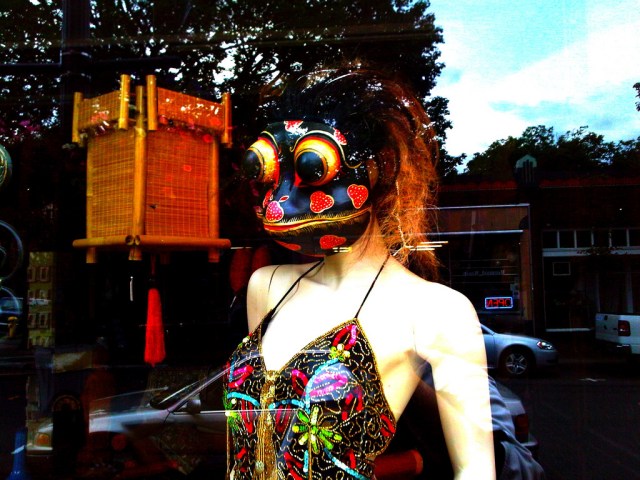 On this week’s show, the gang’s all here to talk about why an eclipse won’t kill us, how expensive Game of Thrones can be, bow tie racing Our Friend Bill Nye, and of course our weekly Editors’ Picks.

Listen to the episode right here or go subscribe in iTunes and leave us a nice review and rating.

We started things off by discussing my bow tie race with Our Friend Bill Nye. You can watch him kick my butt in this video.

Dan explains why last night’s “Blood Moon” didn’t mean the end is nye, and why the other three full moons in this tetrad also don’t mean anything ominous. Then we’re also surprised by the things other people believe.

Yesterday, Victoria learned that paying for cable just to watch Game of Thrones can be crazy expensive, especially in Australia where you’d be paying about $50 per episode.

We also briefly talked about the Kuleshov Effect, which I mispronounced in a number of interesting ways. If you’re not familiar with this early film editing experiment, here it is on YouTube:

It’s an early experiment to show how the juxtaposition of images in film implies a relationship between the images in the viewer’s mind.

My pick this week is Ghost Trick: Phantom Detective, a puzzle game originally for the DS that now runs you about $10 for all the different chapters on iOS. You play a ghost who has to use special object-manipulating powers to discover who you are and why you were killed, and the process save a whole bunch of people from dying by going back in time. It’s surprisingly smart and engaging, albeit a bit short if you’re playing it through all at once — I only played it on my commute into work so I was able to draw it out for much longer, and it works incredibly well in short bursts. If you’re a fan of games like Phoenix Wright: Ace Atttorney, you’ll definitely love this one.

Carolyn likes Homefront, but she doesn’t like that she likes it. She also thinks the trailer might give too much away, so watch at your own risk.

I’m embarrassed of my Editor’s Pick this week because it’s slightly ridiculous, but the heart wants what it wants and besides, I’m in good company: James Franco, Winona Ryder and Jason Statham might be ashamed too. Last week I watched Homefront, the bizarre 2013 thriller kind of about moving your daughter out to the country so she can ride a horse and then realizing she’s a bully, and I was surprised by how much I un-ironically enjoyed it. With bizarre casting choices, a script by Sylvester Stallone, and a plot point that involves James Franco and a Gator tattoo, I thought the movie about an undercover cop would be so bad it’s good. Instead it’s just good. Weird, yes, unbelievably weird, but also sweet, cool, and good spirited. 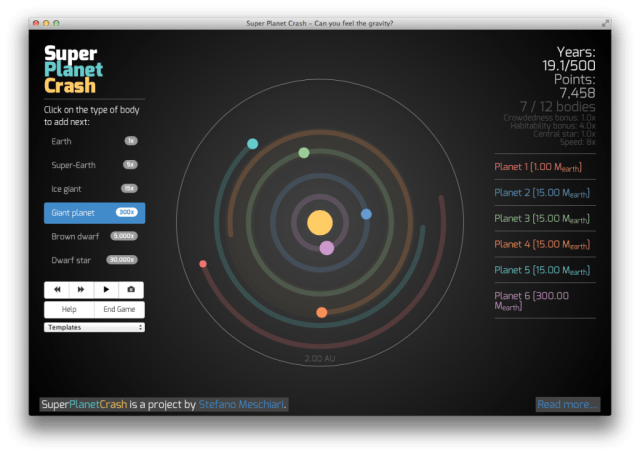 Super Planet Crash is a physics-based game that tasks you with creating a stable star system that also fits within two astronomical units of its star. Each planet or small star you add to the mix gets you points based on the mass of what you add, but their gravity interacts realistically, so things quickly get out of control if you’re not careful.

The game is free to play and browser-based, so it’s a great time-waster to just play around and see what you can create. If you’re feeling competitive, there’s also an online leaderboard.

Ricky Jay is a magician and actor who you may not know you know. He’s appeared in a number of David Mamet movies, and I’ll always remember him as the narrator to the opening of Magnolia. I’ll also remember as a kid seeing him on television throwing playing cards with enough speed and precision to stick one into a watermelon.

Deceptive Practice follows Jay’s career, but it also tells the stories of the magicians he learned from and who influenced him. It’s a fascinating look at the history of magic as an artform as a whole, and also at one of its best modern practitioners.