Teen Takes Netflix To Prom, We Have A Lot Of Questions

Where do you pin their corsage? DVD or just streaming? Are you guys going as friends or, like, more? 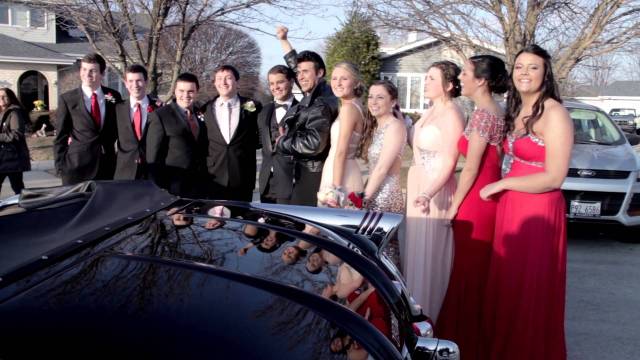 In my day, taking Netflix to prom meant waiting by my mailbox for DVDs to arrive while practicing kissing on my own hands until I fell asleep. But apparently modern youth are better at asking out websites then I ever was: a teen asked Netflix to prom via twitter, Netflix agreed, and many bizarre mantlepiece pictures were taken (probably).

Hey @netflix if this gets 1,000 retweets will you go to my junior prom with me?

We said yes! We’re third wheeling to #Prom2014 with @muthanasweis and his date: https://t.co/0AQKYrljxj

Yes, “third wheeling!” In the most “I don’t understand kids today” aspect of this story, Sweis actually already had a (human) date. Judging from the below video, the lucky lady seemed pretty okay with being two-timed by Sweis, possibly because Netflix hooked the pair and their friends up with some cool swag.

Sweis was given James Bond’s tux from Skyfall and the option of arriving to prom in the Breaking Bad meth mobile, although he chose a  ’50s Buick from Grease with a John Travolta look-alike chauffeur instead. Presumably fake Danny Zuko made himself scarce while Netflix got too drunk on wine coolers in the back seat, started crying while frenching Sweis, then had to buffer for half an hour.

I did not know this was how websites worked! Grubhub and I could be having kids by now!

Keep in mind that this was just Sweis’ junior prom–the 17-year-old will have a hard time choosing an equally groundbreaking date for his senior year dance. I’d say he should take HBOGo next year, but they’re way too unreliable.

(via HuffPo Weird, image via Netflix Goes To Prom)