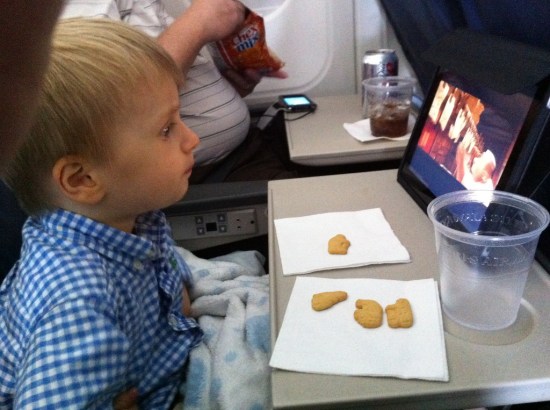 The iPads will be available for flights longer than two hours for $10-$15. Starting in December Gameloft will provide five games for Jetstar: Real Football, Shrek Kart, Avatar, UNO, and N.O.V.A.: Near Orbit Vanguard Alliance. An additional seven more games will launch in the first quarter of 2012, including: GT Racing: Motor Academy, Brain Challenge, Blokus, Ironman 2, Let’s Golf 2, The Settlers, and Asphalt 5.

These titles are presumable in addition to the movies, magazines, and games that were previously available as part of the Jetstar iPad scheme. Which is good, because with the exception of N.O.V.A., they don’t look all that compelling. Obviously what Jetstar should do is pick out games that will remind customers of the privilege of flying, and leave them grateful that they chose the airline as their mode of transit. My suggestion: Desert Bus.

(via Engadget, image via susansimon)