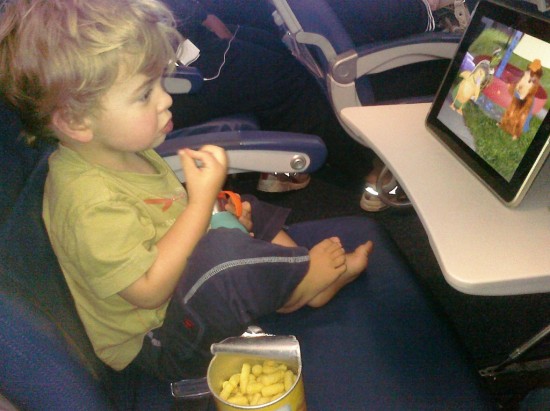 Of course, there are some major obstacles. First, he’ll have to overcome potential backlash from people who are understandably upset with the idea of  people watching pornography in such proximety to children, or themselves. To his critics, the Daily Mail quotes O’Leary as saying:

“I’m not talking about having it on screens on the back of seats for everyone to see. It would be on handheld devices. […] Hotels around the world have it, so why wouldn’t we?”

Besides the ick-factor of his plan, there are also some technical issues to overcome. Namely, finding a way to maintain a strong broadband connection with the plane while in flight. After all, if you have a lot of people streaming steamy content, it’s going to take a lot of bandwidth. Also, it’s probably a fair assumption that the kind of person who would watch pornography on a plane probably already has pornography loaded onto his or her (but let’s be honest, “his”) mobile device. So, a certain premium quality to the content will likely be necessary.

Last month he said he was looking at removing all but one toilet from his planes to put in extra seats. While he has previously proposed charging passengers for using the toilet in-flight.