Game-Specific Kickstarter Alternative to Launch at This Year’s E3 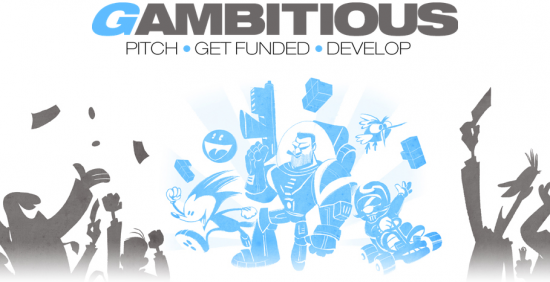 With Double Fine getting a new adventure game more than funded and setting a Kickstarter record, and the Pebble e-paper smartwatch following suit and breaking that record, it seems we’re now living in a Kickstarter world. Dutch company Gambitious feels that the opportunity Kickstarter provides to video game developers is not only a great one, but worth its very own service. So, at this year’s E3, which is only a small handful of months away, they will be launching a video game specific Kickstarter alternative.

Initially, the Kickstarter alternative will launch in Europe, and it would allow investors to “buy shares in game projects,” which is essentially what you’re doing when you’re funding a project on Kickstarter, but this new game-centric Kickstarter will pay out dividends if the game actually releases and sells.

The CEO of Gambitious, Korstiaan Zandvliet, explains that the difference between Gambitious and Kickstarter is that his company doesn’t rely on donations.

“Instead, a developer decides what percentage of the required funding people can buy. Someone who invests money in a project, becomes a shareholder and is entitled to dividends.”

Not exactly the worst idea in the world, though it might seem that some developers would enjoy Kickstarter more, as they don’t have to share any kind of dividends, since donations are basically “free money.” Whatever developers do decide to use, the launch of Gambitious certainly speaks to the current prevalence and impact of Kickstarter.