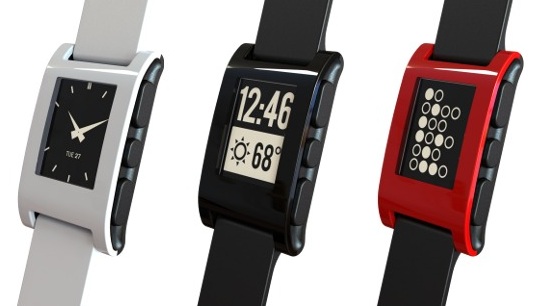 Last week we wrote about Pebble, an e-paper smartwatch that synced with iPhones and Androids, with the ability to show you what was happening on your phone while your phone was, for example, in your pocket. If you fancy watches, this one verged on awesome. At the time of our last post regarding the watch, the project reached over $800,00 of their $100,000 goal. Now? With 29 days to go, the project is nearing $5 million in funding, with less than $3,000 to go at the time of this post.

If you need a refresher, check out the watch’s video pitch:

Whereas only a couple of months ago, Tim Schafer’s game development studio Double Fine smashed Kickstarter records by raising close to $4 million to make an adventure game, this e-paper smartwatch has quickly surpassed that. Though Tim Schafer and Double Fine are certainly more famous than the people behind the smartwatch, it does make a bit of sense, as watches, smartphones, and smartphone accessories are certainly more popular and widespread that the legendary game developer’s games.

The Pebble watch delivers your basic smartphone features right to your wrist, including text messages, emails, Caller ID, and music navigation features; a boon to anyone who finds themselves constantly fumbling for their phone inside their pocket. A free SDK will be provided to developers around August, so not only will the watch support things your smartphone can already do, but developers can create apps and custom watch faces for it. It certainly makes sense that the project would smash previous Kickstarter records, and it sure seems like Kickstarter has nowhere to go but up from here.