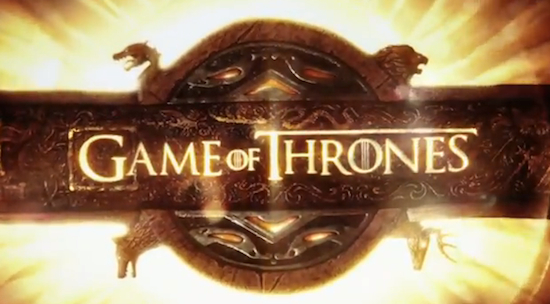 Piracy is something that the television and film industry have to deal with on a regular basis. This is especially true for cable programs that are locked behind subscriptions and those shows that still delay television broadcasts across regions. Shows that do both and aren’t available through traditional streaming channels? Well, those shows are going to hit the hardest by piracy. Game of Thrones, for example, has seen extensive piracy thanks to HBO‘s draconian policies. Director David Petrarca doesn’t seem to think this has been an overall bad thing.

Petrarca’s comments were made during a panel at Perth’s Writers Festival in Australia this past weekend. After the panel moderator noted that Game of Thrones was the most pirated show of 2012, Petrarca gave a rather measured and fair response. Here’s how The Sydney Morning Herald put it:

But Petrarca shrugged and said the illegal downloads did not matter because such shows thrived on “cultural buzz” and capitalised on the social commentary they generated.

“That’s how they survive,” he told the crowd gathered at the University of Western Australia.

That seems almost… too positive. He’s basically saying that the incredible amount of piracy experienced by the show’s produced a net positive. The more folks that download it and speak of it positively, the more people watch it legitimately. It’s the “Pirates As Cultural Heralds” approach that too few folks in Hollywood seem to agree with.

To be clear, Petrarca’s only directed a few episodes of Game of Thrones, “The Ghost of Harrenhal” and “Garden of Bones” specifically according to IMDb, so it’s not like he’s speaking for the entire production or anything. Even so, it’s kind of refreshing to see someone involved not entirely up in arms over something they can’t really do anything about.

UPDATE: As The Mary Sue notes, Petrarca has already gone back on his comments.