On Second Thought, Piracy Is NOT Ok, Says HBO And Game of Thrones Director 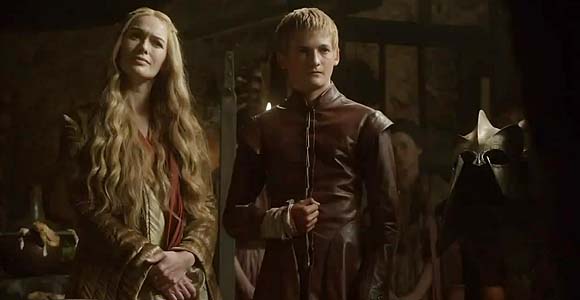 When Game of Thrones director David Petrarca made a brief statement in support of online piracy at Perth’s Writing Festival over the weekend, he probably wasn’t expecting it to get him in trouble with his bosses. While we’re not sure he did directly, HBO felt the need to issue a statement and after that, Petrarca was quick to retract his own.

What started this all was Petrarca’s words on a panel about paid cable networks. He told them illegal downloads didn’t matter because the show thrived on “cultural buzz” and that there was enough money coming in for piracy to make a negative impact.

But Game of Thrones stands as the most pirated show of 2012 and HBO felt the need to make a statement after hearing about Petrarca’s opinion. They wrote, “Game of Thrones is sold worldwide, available legally on a large variety of viewing platforms and is one of HBO’s most popular series. With that kind of success comes a great amount of social media chatter so can’t say we see an upside to illegal downloads.”

Now whether HBO told him to or he decided to try and get himself out of hot water himself, Petrarca did a followup with the Sydney Morning Herald saying some media outlets made it seem like he condoned illegal downloading:

“I am 100 per cent, completely and utterly against people illegally downloading anything,” he said on Wednesday.

Petrarca said his point was that the downloads demonstrated that the shows were in such high demand that people were willing to go to great lengths to find ways to watch them, particularly in countries like Australia where the shows were not seen for some time after they aired in the United States.

“A buzz is created by the fact that so many people want it,” he said.

Petrarca said he hoped people would one day be able to legally obtain programs from anywhere in the world and not be limited by where they were.

“It is my hope that technology will find a way to take care of the piracy issue,” he said.

“I think most people would be willing to pay for a show they love.”