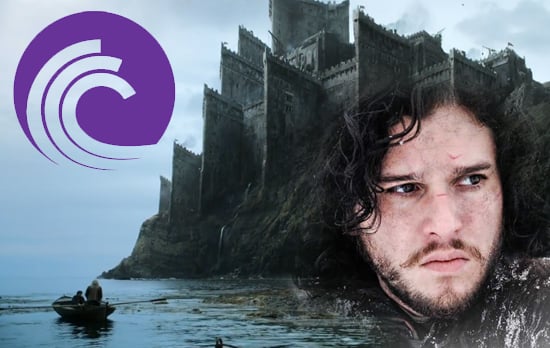 Two big things happened on Easter a few days ago: The Walking Dead season 3 finale and the Game of Thrones season 3 premiere aired at the same time. One of the two was exceptionally good and involved death, swinging blades, and beleaguered humanity, while the other broke a bunch of pirating records. Specifically, the Game of Thrones premiere was uploaded to the Internet and, within a few hours, a tracker reported 163,088 simultaneous downloads of a single torrent of the episode. People sure do like to not pay for things they love!

They’ve never hit numbers like that before. And now the Game of Thrones season 3 premiere has been downloaded in total well over a million times. Before this, it was a Heroes premiere that topped the charts. Yes, a Heroes premiere.

The website TorrentFreak essentially cites two reasons for all this Westeros torrenting:

Not that HBO cares. Piracy isn’t hurting their Lannisters or their Dothraki — it might even be helping. Michael Lombardo, HBO programming president, even told Entertainment Weekly:

“I probably shouldn’t be saying this, but it is a compliment of sorts. [Piracy is] something that comes along with having a wildly successful show on a subscription network.”

Interestingly, Australia has been shown to have the highest rate of Internet piracy on BitTorrent as far as countries, and London takes the piracy cake in the cities category. Which I guess makes sense, what with all those sword-wielding, throne-sitting British accents in the show.

The Walking Dead has Brits and Australians, too, but they speak with a Southern drawl.

(via TorrentFreak, images courtesy of HBO and BitTorrent)