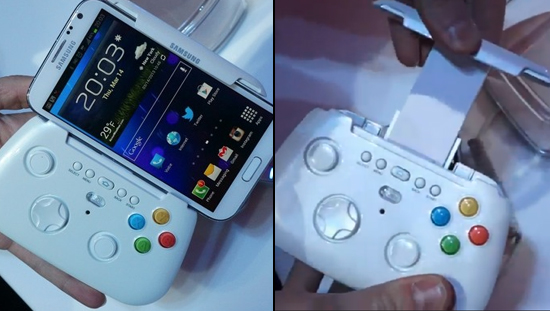 Hey, remember buttons? They’re back! As you may have heard, the Samsung Galaxy S4 was unveiled yesterday, and you’re either rolling your eyes or anxiously awaiting the chance to purchase one, because hey, new smartphone. But the Korean multinational hopes to snag a few more customers by appealing to the video game demographic with a bonus prototype they’ve showed off along with the S4 itself. It’s a cradle/game controller that clamps onto the phone, connects wirelessly — even though it’s right there touching it — and looks more than a little an Xbox 360 controller. All you need are some triple-A batteries.

It’s not out yet, nor does it have a price, nor even a name. It’s just there to tease. If you’re into that sort of thing and want a side of buttons with your helping of eye-tracking technology. Of course, once clamped together, the whole contraption looks rather old-fashioned. Why not take it a step further and just channel 1988 already? 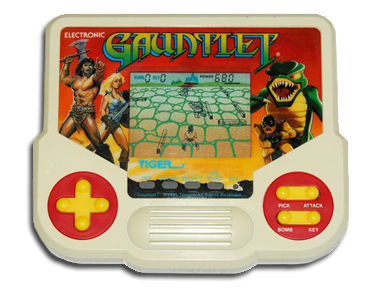 There’ll be an arcade app to go with it, along with a slew of games, and it’s assumed to be coming out sometime this summer.

Personally, I find it amusing that the add-on doubles the size of the device, because we’re typically touting the slim, pocket-sized quality of each new device. Modern man loves to miniaturize things, then make them bigger again, then shrink them down a bit…on and on in an endless cycle. The iPad did the same thing with the iPad mini, which is almost back to being a smart phone. Like those Note II “phablets.”

Basically, it’s like what Kellogg’s did with Frosted Mini-Wheats Big Bite. You’re silly, mankind. Make up your mind!