How Big is Too Big? Huawei Has a 6.1 Inch Smartphone to Show at CES 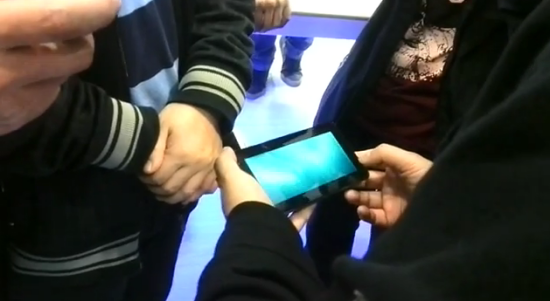 We can all agree size matters. For a while, phone manufacturers focused on making devices smaller, thinner, and lighter. No one wanted to be seen with a Zack Morris phone, but it seems like the Apple iPhone 4 was a turning point. Instead of trying to be smaller than the iPhone 4 companies have been going larger. Even Apple started increasing their screen size, albeit ever so slightly, with the iPhone 5. Huawei has unveiled a monster 6.1 inch Android smartphone, but is it too big?

The reveal of the 6.1 inch Huawei Ascend Mate came at a Huwaei store in Guangzhou, China two weeks before the phone was set to be revealed at next month’s Consumer Electronics Show(CES) in Las Vegas. Huawei Chairman of Products Richard Yu was the one showing off the device.

The Ascend Mate’s screen is less than one inch smaller than that of the seven inch iPad Mini, and it bests one of the current leaders in the world of gigantic cell phones, the Samsung Galaxy Note II with its 5.5 inch screen, by more than half an inch. Specs on the device are still in the rumor stage, but it’s believed to have a 1.8GHz quad-core processor, boasts a 4,000mAh battery, and a slender 9.9mm thickness. The device will cost around $480, and there’s no word on carriers yet.

Engadget China has a short video of the Ascend Mate in the wild. A few people in the crowd are holding out their cell phones, so you can get a decent sense of size comparison from the video, but little else:

The Note II, and its predecessor, have been labeled “phablets,” because they fall somewhere between phone and tablet, but with the Ascend Mate topping the six inch mark, I think it’s closer to a tabphone than a phablet.

A lot of people criticized the phablet devices being “too big,” but it hasn’t stopped them from being popular. Some people just prefer their phones to be gigantic. The Ascend Mate’s 6.1 inch screen might be too much for some people to handle, but it’s important to remember that it’s not the size of your phone, it’s how you use it that counts.