After Futurama Ends Tonight, Check Out This Nerdist Livestream With The Cast and Crew

Oh! I've made myself sad. 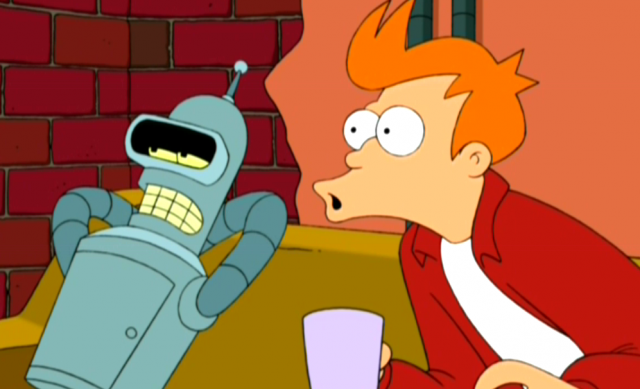 It’s the last episode of Futurama ever tonight — for real this time. What will you do with yourself once it’s over? If you’re like us, you’ll probably head over to Youtube to watch Nerdist’s Chris Hardwick interview series creators Matt Groening and David X. Cohen, as well as other members of the creative team and cast. We’ve got the feed waiting for you right here.

The episode airs at 10pm EST tonight, Wednesday September 4th. There will be a 9:30pm EST pre-show on the feed, as well as a discussion after the episode ends at 10:30pm.

Some more information about tonight’s livestream from the Nerdist Youtube channel:

Joining Matt and David for the first of two half-hours of conversation will be moderator Chris Hardwick (Nerdist) and cast members Billy West, Maurice LaMarche, Phil LaMarr, and Lauren Tom. Immediately following the series finale, the second discussion begins at 10:30 p.m. EST / 7:30pm PST with Co-Executive Producer Patric M. Verrone and Supervising Director Peter Avanzino joining the group for a lively exchange with reactions to the series conclusion. The series Producers, Writers, and Cast will discuss behind-the-scenes details, answer fan submitted questions, and laugh it up together one last time.

(via Nerdist, image via Futurama)