What, you aren't always talking about Batman and Futurama on a constant loop?

Futurama is ending soon — again. But before that, it looks like Matt Groening and crew are looking to get the most out of their final season, and that includes getting Batman stars Adam West and Burt Ward to do a special guest appearance on the show. They recently released images of the character models on the Comedy Central website, and they look sufficiently Batman-y to make me very happy about the state of the world. Admit it, you really have been hoping those two would get back together for another Return to the Batcave. I refuse to hear otherwise.

First we have Burt Ward, whose robot torso is clearly designed on his old Robin costume, tiny green underwear and all. I can’t tell whether he’s meant to be just a little bit taller than Fry, or if it’s Fry’s perpetual slouchiness that’s giving Burt the edge. As an actual fleshperson he’s only 5’8″, so if we imagine that his robot is the same size, then Fry is a tiny, tiny dude. 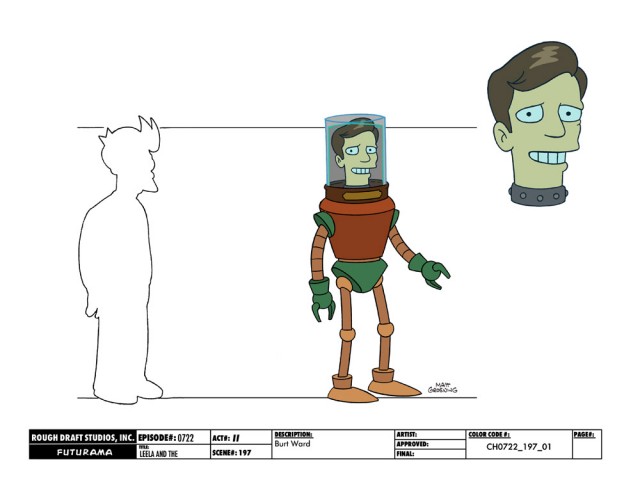 Then we have Futurama‘d Adam West, who is… an actual giant bat. Which is awesome in theory, but if they don’t do at least one joke about West being unable to open a jar with his little talons or something to that effect, I might be just a bit disappointed. I’m also curious about where the bat body came from — did someone engineer it specially, or did they just find a giant bat and cut its head off for him? 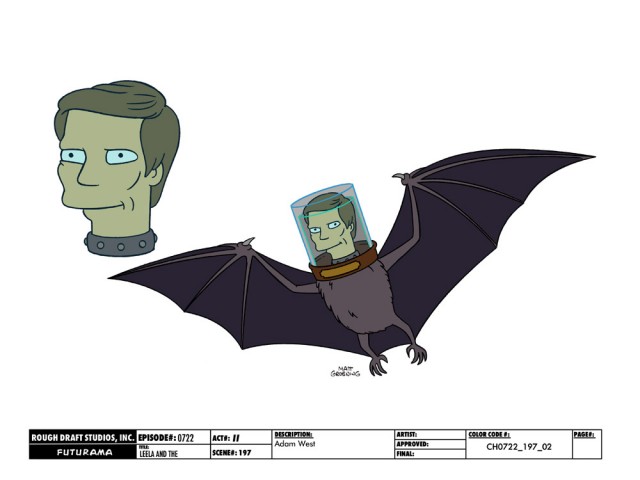 West and Ward are set to appear in the episode entitled “Leela and the Genestalk,” which I’m assuming involves Leela trading Fry for some magic gene-beans and climbing up a giant plant. More sketches and designs for the upcoming season can be found on the Comedy Central Tumblr. They’ll have to tide us over until the final season drops on June 19th, 10/9c, and then promptly ends on September 4th. I’m going to try not to think about that last part.