Forget Animal Crossing: I’m All About the Zen Feels of Animal Restaurant

Keep your turnips, I'll be over here feeding taiyaki to dachshunds. 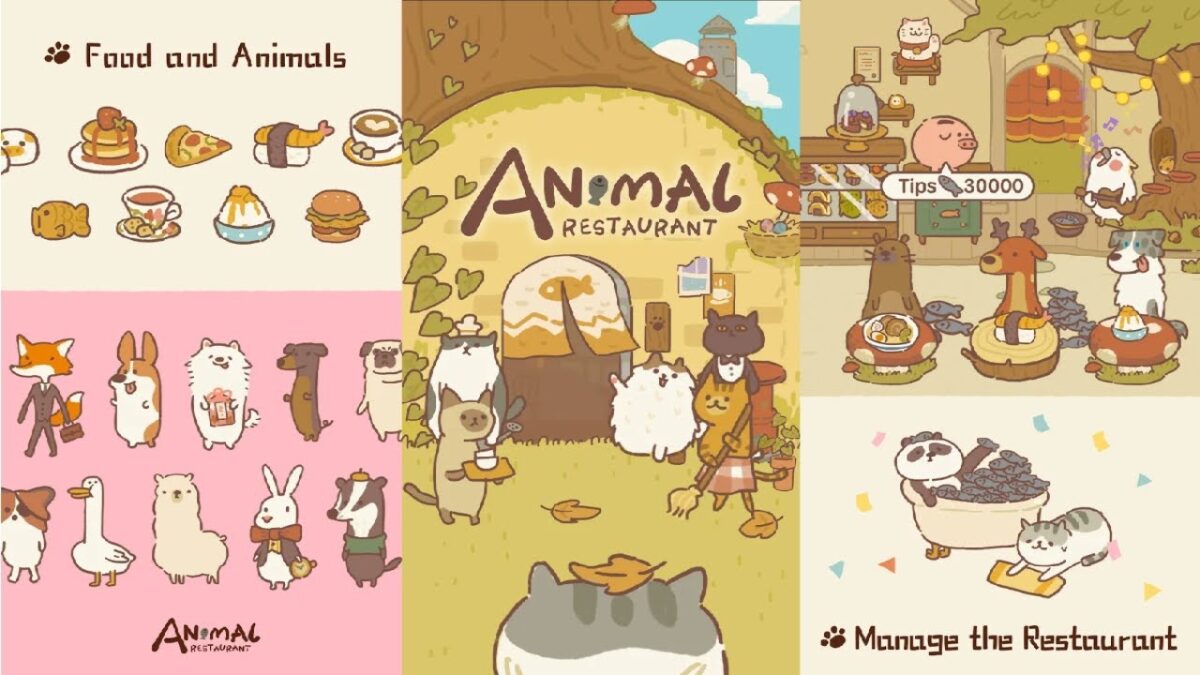 If there is one thing that’s united us during this pandemic, it is a shared respect and love for our communities and our fellow humans. JUST KIDDING! It’s obviously Animal Crossing: New Horizons. The social simulation game has taken over the culture, as everyone from your neighbor to celebrities to politicians have become consumed with customizing their houses, selling their turnips, and reenacting famous film scenes within the game.

But where is the critter-filled alternative to the Nintendo-less among us? While it’s amusing, the mobile game Animal Crossing: Pocket Camp gets boring after a while. I mean, I can only give so many pears to a talking skunk before losing my mind, am I right? This is where I introduce you to your next mobile game obsession: Animal Restaurant.

This weird little game, which was released in 2016 by Wei Wang, is a business simulation game that hits the sweet spot of low intensity and weirdness to make for a solid pandemic stress reliever. You are in charge of a restaurant that serves a variety of animal customers. Once they dine at your establishment, they pay you with cod, which you can use to upgrade your restaurant, learn new recipes, hire staff, and expand your tiny food empire.

The staff? They’re all cats with a variety of entertaining outfits. But the customers are wild: there’s an artist badger, an ostrich with a paper bag on his head, a mouse that does card tricks. The character design is adorable, and there’s a soothing repetition to the game that is calming and almost zen-like.

You can expand the game to include a garden, a fishing pond, a buffet, and a takeout service. And as you accumulate stars and cod, you get more customers and more mementos. The game is free, but there are in-app purchases. Another weirdly satisfying aspect of the game is that it allows to give your employees raises in return for stars and faster service. I’ve decided that my cats are all essential workers and have been giving them raises nearly every day.

The one downside to Animal Restaurant is its dependence on ads, which players will sit through to get bonus cod or other gifts. But the ads are brief, and the breaks make the game playable while doing other stuff. Animal Restaurant is a solid choice if you want to mess around on your phone while half-watching something on television.

Sure, Animal Crossing allows you to visit friends’ islands and maintain a social connection. But why be a part of a real community when you can serve bibimbap to a llama with an eye patch? Sometimes you just need to turn off your brain and get lost in a world of nonsense.

So forget about oppressive raccoon landlords and rising turnip prices. Instead, pop open some afternoon wine and get lost in the curious world of Animal Restaurant.