AOC, you can have all the dodo codes you want. 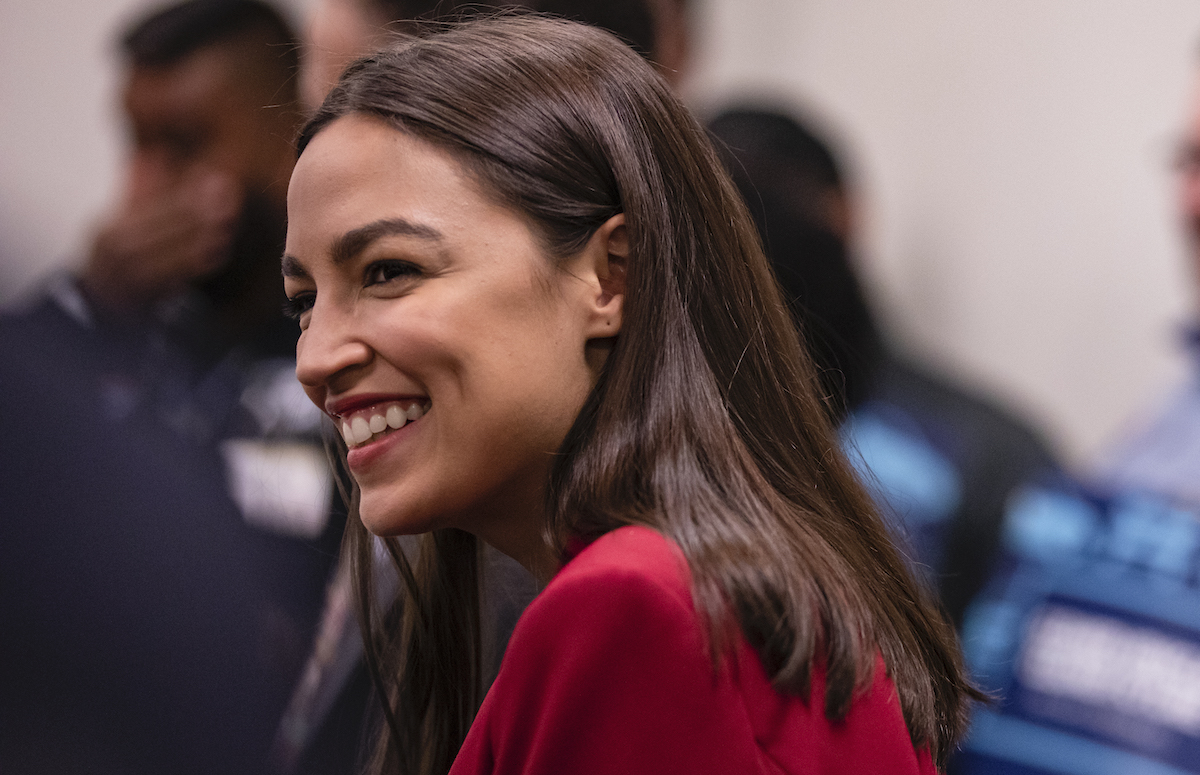 Harvest your turnips and look alive: New York Rep. Alexandria Ocasio-Cortez is joining Animal Crossing: New Horizons and wants to visit your island! The popular politician showed off her Nintendo Switch on Twitter, and invited her followers to educate her about the game. As you know doubt know, Animal Crossing has been massively successful, thanks in no small part to the pandemic, which has forced us all to stay at home and escape into the critter-filled world.

Hi there! Very new to this.

I would like to visit random people’s islands and leave a doodle or note on their bulletin board.

Should I open my DMs for the first time since the Zuckerberg hearing for the Dodo codes?? https://t.co/pQlm0ES1cM

AOC opened her DMs to get Dodo codes, and her 6.9 million Twitter followers responded in a big way, flooding her inbox with requests for island visits.

People are asking for surprise visits to their spouse’s islands!! This is the love everyone deserves 💕

As AOC made her island visits, she learned more about the game, leaving people notes and just generally having a blast.

It was so sweet. Island belonged to a family of three. We exchanged fruit, took pictures, and I signed a bulletin note using my touch screen.

I was floored by how fast they typed and they taught me about the app. 🥰 pic.twitter.com/KJsI6Gjh9p

UPDATE 3: Okay! After a few visits earlier I am reopening for a few more #AOCHouseCalls🏡.

DMs are opening again for 4 minutes, drop me your Dodo code and a note and I may stop by!

(Yes that is a hand drawn campaign shirt & no I haven’t sorted out exporting screenshots yet 😬) pic.twitter.com/K7Idxnj09W

According to the Washington Post, AOC visited Justin Mirsky of New Rochelle, NY from her home base BoogieDown Island (I can’t). She brought pears, took some fruit, visited their city hall (nice) and left a message reading, “To Justin, mama, and family – Thank you for welcoming me to your lovely island. It is such an honor to visit your home away from home! – Alexandria from BoogieDown”:

The congresswoman is an avid gamer, who frequently plays League of Legends. She has also appeared on various Twitch streams to raise money for charity. This is the kind of relatable and wholesome content we’re used to getting from AOC, but because she is who she is, the haters came out in full force. Failed congressional candidate DeAnna Lorraine, a MAGA supporter who ran for Nancy Pelosi’s seat in the House, took to Twitter to rain on AOC’s good time.

But if you come at the queen you best not miss, and AOC shut her down with logic and facts. Because God forbid AOC have a life outside her job, am I right?

Curious for your thoughts on Trump’s golf bills

And lest you think the congresswoman is only tweeting and island-hopping, she is also delivering groceries to her constituents door to door. I have yet to see any republicans (or other dems for that matter) do the same:

AOC is out here IN THE RAIN delivering food, IN A WAGON, with money SHE raised, to people in her district because we don’t have federal policy that supports working class people.