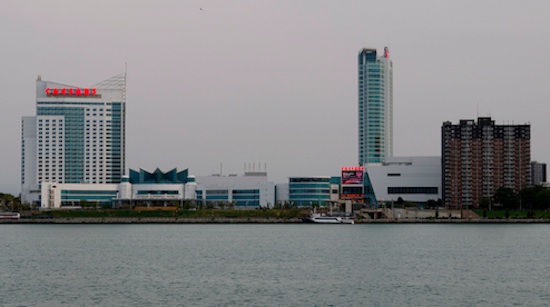 Contrary to your very safe assumptions, the Windsor Hum is not a well-regarded shoegaze band. It is not a deviant sex act practiced exclusively on the frozen tundra of Canada. And not, it’s not the plaintive wail of the Yeti across the lonesome plains. Okay, actually it might be that last thing — we don’t really know. The Canadian government is aiming to find the source of the mysterious “Windsor Hum,” an unexplained sound plaguing Windsor, Ontario that is slowly driving residents of the city insane. Okay, well, maybe not insance, but it’s definitely irking them.

The recurring noise, a low hum accompanied by a reported vibration, has been bothering Windsor residents for nearly two years now, Interfering with their sleep and making them generally a crankier people. And not only are local administrators no closer to bringing it to a stop — they haven’t even been able to pinpoint the source of the troubling treble. The hum is not to be confused with it’s neighbor across the river, the less well known Detroit Sigh, which has been identified as the sound of tens of thousands of people simultaneously wondering just what the hell went wrong.

Now, the Canadian government has granted the University of Windsor and Western University in nearby London, Ontario $60,000 to study the hum, which is reportedly strong enough to wake people up and shake house windows. They still won’t be allowed to investigate researchers current best suspect — Zug Island, a nearby island on the U.S. side of the international border that is home to a steel mill, and also probably building giant killer robots. I mean, we don’t know that they are, but we dont’t know that they aren’t, either. That makes us wonder what Zug Island has to hide. A machine that produces hums, perhaps?