3D Printed Records are Playable, but Lacking in Quality | The Mary Sue

Put the Needle on the 3D Printed Record, But Don’t Get Your Hopes Up 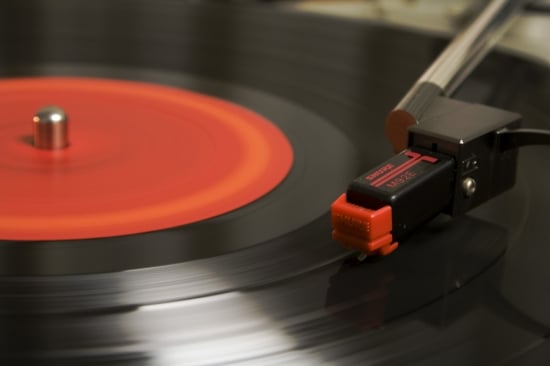 The dawn of 3D printing was pretty good at making basic forms, and as the technology develops, the intricacies of the designs that can be 3D printed are fast improving, but not everything is ready to be 3D printed. Case in point, Instructables assistant tech editor Amanda Ghassaei has 3D printed some “vinyl” versions of her favorite songs. They work, but the sound quality is lacking. Not that Kurt Cobain’s vocal track on “Smells Like Teen Spirit” was ever that clear to begin with.

These records clearly serve as a proof of concept, and to that end they’re great. The fact that 3D printing is at a point where it can physically print a playable, recognizable version of an audio track is impressive. Instructables user Fred Murphy has already created 3D printed records for the old Fisher Price toy record player, including a rendition of “Stairway to Heaven,” but those are more comparable to a music box than an actual vinyl record. Still though, it sounds pretty nice.

What Ghasssei has done, though, is a completely different beast. She creates a 3D model of the waveform of an MP3 file, and then processes it into the grooved spiral of the record, which is then printed with an Objet Connex 500 3D printer. The 3D printed records have much wider, and deeper grooves than traditional vinyl to accommodate the current limitations in 3D printing resolution, so the sound is nowhere near as detailed as a regular record, but it’s recognizable. Ghassaei says a friend used a mobile app like Shazam and it correctly named the song.

Ghassaei talks about her process and shows off some of the final product in this video for Wired:

If you happen to have access to an Objet Connex 500, or similarly super-expensive, high-end 3D printer, Ghassaei has her process posted on Instructables.

As 3D printing technology improves and resolutions get higher, the sound quality on 3D printed records like this could drastically improve. Could they ever get good enough to get hipster audiophiles to admit there’s something better than “real” vinyl? Probably not. Those cats love vinyl.

Now I’ve got “Debaser” stuck in my head.

(via Wired, image via kingdesmond1337)