You Could Own This Rare Copy of Final Fantasy II for $50,000 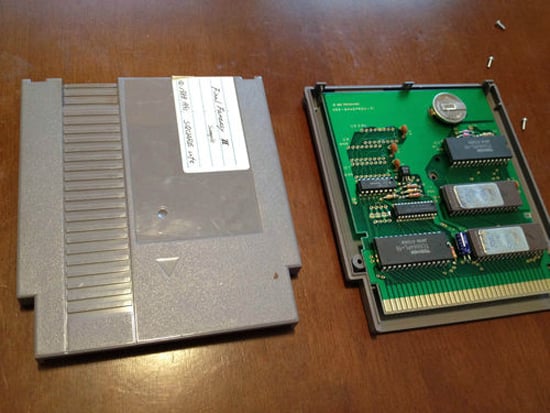 Anyone that has spent a considerable amount of time playing Final Fantasy titles likely knows that the numbering of the franchise was jumbled outside of Japan back during the NES and SNES days. This is mostly due to the fact that they skipped from Final Fantasy to Final Fantasy IV, but decided to go ahead and label the latter as Final Fantasy II. As it turns out, a working prototype for the game that was actually Final Fantasy II was made for the 1991 Consumer Electronics Show — and it is up for sale on eBay.

Frank Cifaldi is something of a video game historian. His site, Lost Levels, is all about bringing rare and previously unseen video game prototypes and demos to the masses. For whatever reason, Cifaldi has now decided to part with this particular piece of memorabilia for the low, low price of $50,000. That’s if someone wants to outright buy the cartridge, as Cifaldi is open to offers.

The eBay page includes a rather detailed description of the game and its history, but this passage is perhaps the most important:

A pre-production sample cartridge for any video game from this era is rare indeed, but for one to survive for a game that was never actually released is something of a miracle. Having that unreleased game be a part of one of the most important franchises in video game history is basically unheard of.

I have been the proud owner of this cartridge for over nine years now, and as far as I am aware, this is the only legitimate copy of the game that exists. Any other copies you have seen of Final Fantasy II for the NES have been bootlegs, this is the real deal.

It has been stored securely since it was originally purchased in 2003, and until I took the photos for this auction, it had not touched a console since that time.

So, if you happen to have thousands of dollars you can throw around at video game memorabilia, this is probably your only chance to own something like this. Nothing like bragging to your friends that you beat an unreleased Final Fantasy game. Sure, it’s basically the same game with a shoddy translation, but they don’t have to know that.