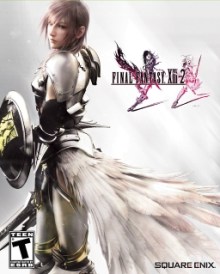 Speaking at GDC Tapei, the director of Final Fantasy XIII and Final Fantasy XIII-2, Motomu Toriyama, said that the venerable, though somewhat wavering Square Enix will be moving away from big in-house productions in the future.

This doesn’t mean Square Enix is ready to give up their flagship franchises, Final Fantasy and Dragon Quest, nor does it mean that they’re going to follow a Nintendonian route and mainly use their franchises in much smaller, bite-sized productions. Toriyama notes that these changes could simply mean that the once-prestigious, now only somewhat prestigious developer will just outsource various bits of work on their big productions, rather than do everything internally. Hopefully, they’ll hire some good writers and make their games compelling again.

He stated that development for FFXIII took a very long time, noting, “Within our company, developing on PlayStation for Final Fantasy XIII we required a huge amount of graphical data. … At the peak, there were over 200 people working on it.” Those 200 or so people were split into around 180 artists, 36 game designers, and 30 programmers — which probably explains why FFXIII was easy on the eyes, but not particularly fun or compelling.

In order to reach their development targets on time, Toriyama says Square Enix plans on outsourcing various development projects so their core team can finishing up their tasks around the same time as the outsourced projects finish.

Now, this news isn’t to be taken as some sort of unavoidable fate or destiny that their writers can’t stop shoving into their stories and down our throats, but it simply means that Square Enix has noticed a problem with their development cycle, and are looking at ways to improve it. Whether that means they’ll get back to their glorious roots, or continue giving direct sequels to the worst characters in their storied franchise, we’ll just have to wait and see.